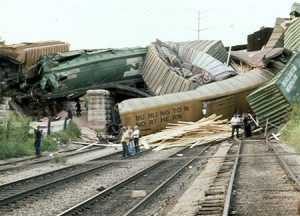 I’m so depressed about the baseball season right now.  The Rockies have catastrophically failed in almost every aspect, and I don’t foresee it getting much better any time soon.  And if they had a bad start, and continued a slump through May, that would be one thing.  But they were leading the division — they were leading all of baseball for a while.  And now I think they’d have serious problems taking on most AAA baseball teams.

Some facts and numbers:

It’s gotten so bad that I finally, after last night’s total clusterfuck of a 10-3 loss, deleted the MLB At Bat app from my phone.  Half of me thinks that they will eventually have to come back and start winning games again.  Half of me thinks it will only get worse, and it’s only a matter of time before Todd Helton gets his annual back injury and Tulo gets his yearly leg pull and Aaron Cook comes back from the DL and starts pitching like a batter’s high school coach at the home run derby.  I haven’t gone to any games this year, and I have no desire to drop a thousand dollars on a long weekend to Denver to watch them lose two or three games to the Nationals, or pay $100 for tickets to watch them get demolished in a sea of orange over at AT&T Park.

And it’s still May.  There’s still four months of this.

It’s so hard for me to give up on this, it has become so intertwined with my life.  I mean, I think about the time I spent in Denver and how much I liked it there, and how I loved going to games there.  Granted, I was not 100% happy there; I didn’t have a job for a good chunk of that summer, and I didn’t get much writing done during that era.  But I only remember the good stuff, and it’s odd how memory works that way, how I can smell a certain kind of suntan lotion and immediately think of the times I would slather on that SPF-80 and roast out in the 331 section during a day game.  I sit in my car that I bought back in Colorado and think of all of the times I listened to 850 KOA while driving up and down I-25, trying to keep up with the end of that 2007 season.  Even my iPhone – I think about all of the games I’ve watched on that stupid little app in the last couple of seasons, all of the time I’ve spent trying to follow this team while I was thousands of miles away.

We go to the movies almost every weekend, and it’s become this ritual, how I would get out of a show and flip on the phone and check the score.  And that’s the gotcha to all of this, the way those different disparate sensory inputs all twist themselves together: the wood trim on the mall we go to, the theater’s bright red carpets, the smell of the popcorn, the taste of the same Reese’s Pieces I always get, the design of the little icons on the screen, the feel of the phone in my hand, the look of the uniforms on the pictures in the news recap of the game.  It all fits together in such a perfect storm of pieces, that just taking out my phone now and looking at the hole in the icon screen where the app used to be makes me depressed.

I should channel all of this energy into writing.  And I’m trying to write, but I’m thinking about it too much right now.  And that’s the problem with both writing and baseball: thinking about it is your worst enemy.  If you’re standing 60 feet and six inches from a batter up on a pitcher’s mound, and all you can think about is the number of losses behind you and the ability of that batter and his stats versus your kind of pitching, you have lost.  If you stare at a blank page and think about how much you need to write and what you need to get done and how you need to get that next winning book out there, you will lock up completely.

Could be worse.  I could also be a football fan, and staring down that huge disaster of a lawsuit that’s probably going to derail their next season.  The more I think about sports, the more I miss the days when I hated all of them.