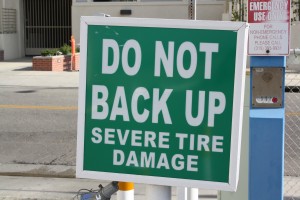 Okay, so how does one write a post that summarizes the year without A) listing all of the books you read that year, which honestly nobody gives one flying fuck about; B) see A, except with music, which is problematic because I don’t think I bought a single goddamn album actually released in 2011; C) giving a giant list of “resolutions” which you will promptly forget about by January 7th.

I’d like to think in the last 365 days, I have become wiser.  I’ve definitely become older; unrelated: looking for reviews and advice on picking the correct shade of Just For Men hair color.  But here’s the laundry list of life lessons I may or may not have learned in 2011.

Here’s to 2012.  No resolutions, no predictions.  I’ve got two books in the hopper and need to kick ass on getting stuff done and out, so stay tuned.

The Philip K. Dick advice is valid. The amazon business model sounds as good as my e-book – not great – haha.