I wrote this new book, The Memory Hunter. It’s an absurdist cyberpunk book, a retro thing, and to make it absurd, I borrowed heavily from every imaginable trope in the cyberpunk genre. (You should go buy it.)

But to be honest, I haven’t read much cyberpunk. I mean, I love Snow Crash, and I’ve read a fair amount of Philip K. Dick’s work, which is sort of “granddaddy-of-cyberpunk” and predated the big 80s/90s movement headed by Gibson and others. What really moved me during the writing of this book was film. I grew up in the 80s and 90s, which was a time rich with high-concept science fiction blockbusters, the pre-CGI era of big-budget films about our inevitable near-future, which of course never happened.  But I loved that stuff, the action stars of the day, in a sound stage in Burbank done up to look like the surface of Mars.  I’d rent those movies from Blockbuster, and watch the VHS over and over in late-night marathons with my college buddies.

And I dreamed of a cyberpunk future, because I lived in what I thought was the start of it.  I used the Internet before there was a web, telnetting into BBSes and FTPing text zines like Phrack, reading all of the tales of hacking and connecting to faraway mainframes. I lusted after X Terminal workstations, and saw the GUI unix computers as the next step.  Soon, these graphical displays would become 3D, turn into headsets, and we’d all jack into this total immersion virtual reality.  The game Doom came out, and I knew it would happen soon. And then it didn’t.  The Web came out, and became commercial and dumb, and here we are, looking at stupid articles about 5 Ways To Lose Weight For The Holidays By Eating Blue Foods.

That’s why I wrote this book, so the dream would not be dead; it would be in an alternate reality.  And that reality is based on my memories of these old VHS classics.  Here’s my list.  I’ll try to keep it as spoiler-free as possible, so when you go buy my book the plot won’t be spoiled.

Anyway, that’s a good starting list. Hope you get a chance to check out the book – I need to go fall down a rabbit hole of old movies. 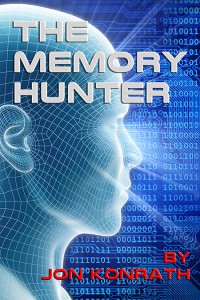 I’m happy to announce that my new book, The Memory Hunter, is now available!

This book is a bit of a departure for me.  I wanted to try writing a plotted novel with a conventional structure. The book is a retro cyberpunk book.  I know cyberpunk is supposed to be dead, but I had some fun getting around this. I wrote a book that appears to be penned in about 1981, with all of the usual futuristic predictions of that era’s great science fiction, which of course never happened.  So it’s chock full of flying cars, robots, intelligent computers, memory implants, and huge Japanese corporations that rule a world that has rebuilt after a nuclear war with the still-existing Soviet Union.  It’s a dark comedy, full of my usual brand of absurdism, but it’s also a solid noir thriller.

I’ve got a page with a description and all of the details here. Go grab your copy here:

A preview is available on the Kindle and on Smashwords.  I also sent out a slightly longer preview of the first chapters to my mailing list.  Didn’t get it?  Maybe you should subscribe.

Thanks to everyone who helped me with this, especially John Sheppard and Joseph Hirsch, who beta-read and edited for me.  I hope you enjoy this!  And if it’s not your cup of tea, don’t worry.  I’m already 30,000 words into another absurd and bizarre book that gets back to my usual brand of writing.

Okay, so more details on The Memory Hunter:

Very tired right now.  I haven’t slept well in weeks, worrying about getting this book done, trying to find places to tell more people about it.  There was an earthquake last night, which caused no damage, except to my sleep.  I’ve been burning all of my time with final edits and photoshop madness and submitting files and filling out forms.  And now it’s all about googling places that review books, and pondering ads, and trying to reach out to new people, and basically everything but writing.  It’s all part of the process, but I want to get back to actually creating.  Soon.

Anyway, get ready.  The next update will probably be that the book is out.  I will be leaking more things over at Facebook.  And please, sign up for the damn list.  Tell everyone you know.  This book is going to be huge, and you’ll want to check it out.

Are you ready to hear the description of my next book?

Well, let me fire up the VT-240 terminal, and pull it up in emacs for you: 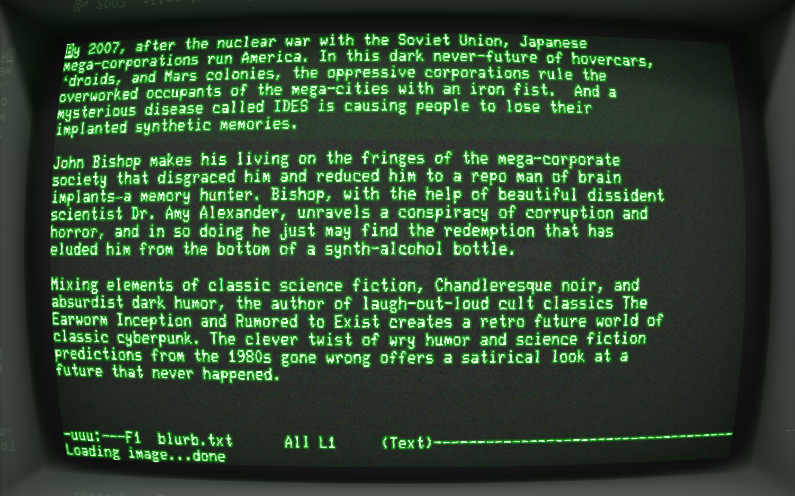 I am in the midst of production work for my next book, and this is the time I always learn new things about Scrivener.  Here are some random bits of info.  If this makes no sense to you, don’t worry; I’m mostly documenting this so that a year from now, I’ll google it again and find it here.  BTW all of this is in the latest version on the Mac.

Need to have a monospace font code style that shows up in your final Kindle output?

Making first paragraphs in a chapter or section not indented

I imported a Scrivener-generated Word doc into Pages and when I try to have different head/foot/page numbers in a section, it freaks the fuck out and I think my computer is possessed by Satan

Scrivener probably put a page break instead of a section break between a couple of chapters, and now the Pages “use previous section” heading/footing setting behaves wrong. Change the page breaks to section breaks.

Also, if you don’t use section breaks between chapters and your chapters start on even pages of your book, stop doing that.

That’s because it sucks.  You might want to check your spelling and grammar in another program.

Hope these help someone, or at least help me in six months when I do this again. 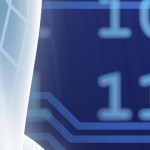 Okay. It’s about time to give you some more updates on the next book, because the release is imminent. The book is being edited right now, then it gets designed, goes through production, and all of that pain-in-the-ass stuff.  And then you buy it. Right?

Okay, so here are the latest updates. I’m putting them in a bulleted list, so hang on:

This book is a huge change for me, and I am really proud of it. I hope you will like it.  I’ll tell you more when we get closer, but you absolutely need to sign up for the mailing list and go check out the facebook page for more news.

I’ve been bitching and moaning about how Adobe decided to move all of their software to the cloud, and make people pay per month forever to use their stuff.  I’ve also been bitching about how Apple decided to kill off Aperture, which happened about ten minutes after I imported and tagged 50,000 pictures, and would probably require me to spend six months of my life migrating to Lightroom.

Well, fuck it, I decided to give up and get a Creative Cloud membership, while Adobe is trying to court Aperture users and is quoting a lowball price.  I joined with the photographer’s membership, which is ten bucks a month, and includes Lightroom, Photoshop, and 2GB of cloud storage.  There’s some other junk that I don’t need or understand (Typekit?  Bridge?)  and there’s a ton of “try this!” links everywhere, to get you to upgrade to a full-blown membership.  But I don’t need Illustrator or InDesign this second, so I’m fine.

I have not used Photoshop in a long time.  I’ve been using Pixelmator for a while, to do book covers and whatnot.  (Here is my latest.)  And I make endless stupid things like the above drawing I re-captioned.  But I haven’t used Photoshop in forever.  It’s interesting to see how much it changed.

Back in 1991 when I returned to Bloomington after a year at IUSB commuter college hell, they had a shit-ton of new computer gear, because they’d recently tacked on a technology fee to tuition and were in a mad rush to spend it. The Fine Arts college had this cluster of brand spanking new top-of-the-line Macs, which I think were the IIfx at that time.  Each one had a gigantic color monitor, probably 20 inches, but about a yard thick, plus a second paperwhite portrait screen, along with a scanner and a Jazz drive, which used those insanely expensive removable hard drives that could hold something like 100 Megs, which was pure science fiction at the time. Anyway, they had Photoshop 1.0. I recently found a color printout me and my buddy Ray did when he visited once, an Ann Geddes overhead shot of nine babies in a nursery, but we’d horribly mangled them all: one beheaded, another eating that head, one with a swastika on its forehead, one spitting blood, etc.

That was my first exposure to Photoshop, and the new version makes the 1.0 version look more primitive than MS Paint. I am absolutely amazed by all of the retouching and healing tools, and how you can do stuff like move parts of an image and it will automatically fix the background.  The $10 a month is well-spent on getting more book covers done.  (And of course, photoshopping dicks into the mouths of various Facebook friends.)

Speaking of books, I am almost done with the next one.  I’m in the last sprint of edits, and I have a roughed-in cover, and I’m maybe a week from entering production drudgery.  This book is so amazingly different from anything I’m written, I’m not sure what people will think.  It’s absurdist, but it has an incredibly plotted story, like Michael Bay plotted.  I think it will really show readers that I have the ability to do more than just stories about taking a dump at the county fair.  But, I’m anxious to get it done, so I can get back to writing stories about taking a dump at the county fair.   Anyway, stay tuned.

I wanted to write something about Amazon Unlimited, and about the huge pissing contest between Amazon and Hachette.  But I really do not have the energy to care.  It’s billionaires fighting billionaires, and every move Amazon makes to make you think they are on your side or they’re saving you money is really one they’re making to increase their monopoly.  Amazon Unlimited is nothing but a race to the bottom, creating the equivalent of a thousand-channel cable TV plan that will cause readers to read five pages of everything and enjoy nothing.  And Hachette charges too much for ebooks, but Amazon is only bringing that to your attention because they want more of your money.

It’s all bullshit.  I’m still selling on Amazon, but eventually, their monopoly will squeeze out small authors, and I’m waiting for the day when they start charging KDP writers insane prices to list their books, or drop their royalties, or start an inane approval process for self-pubbed books “to increase quality to customers” (i.e. make it impossible for anyone they don’t like to publish weird stuff.)  It will happen.  But I’ll still be here.  If I have to photocopy my books at the local Kinko’s and sell them out of the trunk of my car, I will.  If I have to memorize them and go town to town reciting them like one of those poor fuckers with The Iliad, fine.  If I was here to make millions, I would have started selling penny stocks back in 1997.

OK, back to editing.  What’s up with you?