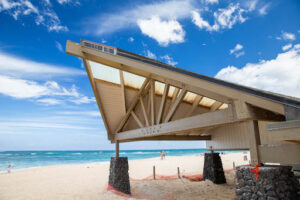 So I finished my MBA. Did I mention I was doing an MBA? I should probably write a larger post about this. But I completed my final capstone project in mid-October, then spent a week or two in administrative purgatory, and now it’s done. It feels odd to have this giant framed thing saying the trustees have conferred on me blah blah blah, but here it sits. I didn’t even think about having an MBA until maybe this spring, and it’s over. I am an MBA. I can read a statement of cash flows. Ask me anything about Pareto charts. But make it quick, as I will forget most of this in a month.

Went to Maui last week. This was our fourth trip to this island; we also went in 2013, 2015, and 2017. We stayed on the windward side each time previously, which is nice but very touristy. (Complaining about the Four Seasons being full of tourists is like complaining about Disney World “selling out,” but the combination of tripping over octogenarians at every turn and getting charged ten bucks for a baby-sized bottled water does get old.)

This time we stayed at a yoga resort in upcountry, which was a few clicks south of Mama’s Fish House on the north shore. It used to be a bunch of indigent housing built by the Baldwin family (farming magnates that owned half of everything at one point) and it was used for military training housing during the war, then plantation worker housing, then it sat empty until someone restored and reconfigured it in about 2011 to make it into a bougie new-age yoga retreat center. It’s a semi-circle of bungalows with decks on the front and rear, a big courtyard in the middle, lots of trees and landscaping and the occasional fake buddha statue. There was almost nobody there, and although they offered various yoga and meditation classes, I didn’t go and I actually didn’t even see them happening. When I booked the place, I had the fear that some new age zombies would start chanting at four AM every day and try to beat some cult veganism in my head if I left the house, but there was nothing like that at all.

The rooms were cool. The whole place had high ceilings, big wooden ceiling fans, and old, dark wood furniture. We had two big rooms and the bathroom, plus the front and back decks. Lots of hammocks overlooking the ocean in the distance. The whole thing looked like a French plantation in Vietnam from the 1950s.  No AC. No TVs. No espresso machines. No wall tablets and room service intercoms and everything else you find in modern hotels. I always hate it when I go across the country and check into a Hyatt and it’s the same exact Hyatt I’d see in Denver or Chicago or San Jose. This was very distinct, so that was cool.

Being upcountry was generally 10-15 degrees cooler than being elsewhere on the island. Lots of trees, too. Unfortunately, walking was not great there – a winding road with no sidewalks or room for pedestrians, and nothing in every direction. I still got my 10,000 steps a day in, and we saw a lot of other areas on the island, so that worked out. The place had a small restaurant where the food was decent, but it was usually two or three couples sitting on the porch for dinner, and a server and a chef, and they would just say what they were serving and we said “ok, cool” and they brought it out. I like that a lot, though. Also went to a good Italian place, and actually a tiki-eque lounge a bit further south.

No real big adventures while we were there, just a lot of chilling out, walking, and eating. No work. That’s the most important part. Usually on these trips, it’s a big thing to come up with an itinerary and activities, things. Zip-lines and jet skis and museums and shops and statues of dead people that you must see. I think we’ve covered most of that in previous trips, and it was an opportunity to just do nothing. So, that was good.

There are pictures, but honestly I haven’t even sorted out my Denver pictures, and that was like three trips ago. I’ll get to it when it starts raining and I can’t go outside anymore.

Now that school is over, I’m trying to write. I should probably make this a separate post and explain it fully, or maybe I shouldn’t talk about it at all. But I completely quit writing fiction just over a year ago, just a sudden rage-quit “I can’t do this anymore.” thing, and it was one of the hardest decisions I’ve ever had to make, and it was probably the wrong one.

Right before I doused every bridge with gasoline and lit them on fire, I wrote some notes on exactly why I stopped writing. And at the time, I thought these issues were insurmountable, and maybe some of them are. And maybe it’s impossible to write fiction in a world when everything has become TikTok-ified. I don’t know. There are a lot of other major obstacles that I have to figure out. The big one is I simply do not know what to write about anymore. I’m out of ideas, and I can’t keep repeating myself.

So I’ve been chipping and trying to get started again, trying to figure out which way is up. I used to write daily, and for almost ten years, had to write something every day. I always had this strong belief that if I stopped, I would lose momentum, and then the next thing I knew, years would go by and I wouldn’t even know what went wrong. That’s basically what happened. And starting from an absolute dead stop has been difficult. I have a feeling it will take me months to get back to the same cadence I was at a few years ago. But that’s the goal.

Nothing else going on. Lots of other stuff going on. I should write more about the writing thing later. And the MBA thing. Stay tuned.