In this episode, I talk to long-time friend Andrea Donderi, a recent graduate of The MFA Program for Writers at Warren Wilson College.

We discuss: the IU support center; the early web; knowledge bases and creating content; Jorn Barger and the invention of the blog; Gopher versus the WWW; the ChiNet BBS and other internet BBSes; social networks before social networks; hoarding old email; identifying as a writer; learning how to capture life as a writer; the Stanford Stegner Fellowship program; the Warren Wilson MFA program; how a low-residency program works; Victor LaValle and David Shields as teachers; the one fellow graduate student/actor who has been in everybody’s MFA program and shall not be named; Zeroville by Steve Erickson; the inevitable UFO discussion; the government keeping secrets in the desert versus the internet; Don Donderi; and is an MFA worth it?

– The UFO documentary I couldn’t remember was Mirage Men: http://www.miragemen.com

In this episode, I talk to Ray Miller, creator of Metal Curse zine, the record label Cursed Productions, and bassist and vocalist of the band Adversary.

We discuss: How we first met 32 years ago, going from Metallica to Death Metal, finding new music in the analog days, how Ray started Metal Curse zine in 1990, Richard C and Wild Rags, John Woods and Rock out Censorship, the 1993 Milwaukee Metalfest, seeing Ice T’s dick, falling asleep while driving on the toll road, how Ray started the Cursed Productions record label, Ed Finkler and Open Sourcing Mental Illness, and making music in the computer age.
Links from this episode:

(Minor correction: the first Poison album wasn’t on Combat Records. The LP was on Enigma, who released bands like Death Angel, Slayer, Voivod, and so on, but the tape was released on Capitol. So, Mandala Effect, brown acid, not sure what happened here.)
Click here to for more details on this new episode of The Koncast 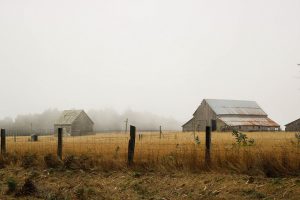 I’ve been back almost a week, but here’s a quick trip report on the tail end of what I wrote about last time.

So I stayed just south of Little River. They have a town hall and post office that are in the same building as a two-pump gas station. So the whole town is basically a Marathon quick-mart, which isn’t unusual in this part of the state. I drove down to Albion, a few miles south, and it’s sort of the same thing.

If you follow the 1 north along the shore of the Pacific, it winds about three miles until you get to Mendocino. It’s a little square peninsula hanging off the highway, with about 800 people living there, and made up mostly of small galleries and shops in buildings that are from the late 1800s. The whole thing has a very New England feel to it; I don’t know if it’s the open sky, the architecture, the whaling and mermaid stuff in all the gift shops, or something about the small feel of the town. Or maybe the way the drag on Main Street only has buildings on one side, and the other faces off to a bunch of cliffs and a headland that dumps right out into a bay off the ocean.

Mendocino was a nice place to walk and look around, and my cell phone worked there, but it wasn’t entirely my trip. There’s one good non-chain grocery store, and a lot of cafes that made me nervous. I was looking at one gluten-free coffee place with sandwiches, and got sketched out by the healthiness of it, so I went outside and found a sign for a taqueria which was on the back of a building, in a space about as big as my home office. I went in and everyone eating there was a construction worker, and nobody spoke English. This was more my speed, and I got a plate of nachos with like ten pounds of carne asada and cheese, plus a bottle of Mexican Coke for like ten bucks, including tip. That was a good find.

Photography was good. (It’s mostly on Flickr, https://flic.kr/s/aHsm7woRAX) It was hard to take a bad photo, although the sun wasn’t out much, and there was a lot of fog. The fog had a certain Twin Peaks feel to it, especially when I was in the cabin, surrounded with evergreens. But for a person with bad Seasonal Affective Disorder, it wasn’t entirely ideal. It wasn’t a hundred degrees, though, which I missed this weekend as I was broiling in Oakland.

Fort Bragg is about ten miles up from Mendocino. It has nothing to do with the Army base, which is confusing at first. There’s about 7,000 people there, and a bit more of a downtown, with that midwestern street layout grid that made me think of places like Goshen or North Liberty or whatever, tree names from left to right, dead presidents or generals from top to bottom. There were a few chain places on the outskirts, like a Safeway, CVS, McDonald’s, and so forth, but the town was more local places. It still had that New England feel to me, and a lot of quirkiness. Like there was a Radio Shack, but inside a Tru-Value hardware that sold everything, and reminded me of a store in the Catskills. Or the brunch place that was inexplicably covered in Wizard of Oz memorabilia.

I reached a point where I normally do when I get incredibly bored and need to go to a big city or a large museum or something. I’m not a social person, and can’t meet strangers on a vacation, so I fall into an isolation funk when I’m on a trip alone. And in a big city, my defense is to lose myself in the masses of people. It’s why Vegas is ideal for me. But here, there was none of that, which caused a real problem for me.

One day I got the idea to take the US 20 inland and go to Willits, which is about four or five thousand people. That drive, from the 1 on the shore to the 101 running through the meat of the state, is brutal. It’s about thirty miles, but with no traffic, it takes at least an hour. It’s all switchback turns and quick elevation changes in a deep forest of redwoods, which is beautiful, but not the place you want to be when weekend warriors are tooling around in RVs. Also, temperature changes galore: I left the house when it was 55 degrees. By the time I got to Fort Bragg and took a right, it was 75. In Willits, it was just about 100. I thought Willits might be interesting, but it was a bit of a bust. There was a pretty walkable downtown that looked desolated, and a cluster of chain fast food right off the highway on-ramps. I went to a McDonald’s and sat at a table next to a woman about fifteen years younger than me who was with her grandchildren, and was pregnant. So, yeah.

Point Cabrillo lighthouse was a nice walk in the middle of nowhere — went on a day when the sky was almost black with rain, a sheet of dark gray overhead, but the desolation in the park was amazing. I also went to Glass Beach a few times. It had magnificent cliffs and coves, great walking alone there. It used to be a garbage dump, and now the waves have turned the broken bottles into pebbles of bright colored glass over the last century. It sits next to what used to be a large lumber yard that went bust a decade or two ago. It’s amazing to see nature taking back the entire area, reversing the years of damage done to it.

So, it was a nice break. Didn’t write as much as I’d thought, but that happens. I think I got a dozen pictures I really liked, and didn’t buy any books I didn’t need. Also didn’t get badly sunburned, which is a first for an ocean stay, so I’ll take it.

In this episode, I talk to author John Sheppard about planes, trains, and automobiles – no, not the movie, but actual forms of travel.

We discuss: Taking Amtrak across the country; Denver’s weed money revitalization; the painted deserts of Nevada; the subways of NYC, DC, and LA; flying space-available on the C-5 galaxy; skydiving in Vegas; flying gliders and small planes; filming locations of the show Lost; the agonies of the Florida to midwest family drive; Coastal Florida versus Cracker Florida; and Jon’s East to West vs West to East roadtrips.

– Sons of the Pioneers – Ghost Riders in the Sky https://www.youtube.com/watch?v=eMqKv7BOg_s

– The Idaho silver mine disaster: https://en.wikipedia.org/wiki/Sunshine_Mine_(Idaho)

– The Project GNOME nuclear test site: http://www.roadsideamerica.com/story/16910
Click here to for more details on this new episode of The Koncast