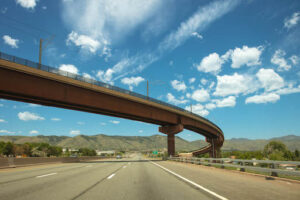 Hello from Denver. I’ve been out here for a week, for the first time in a dozen years, and… it’s weird. Weird doesn’t start to explain it.

So I lived in Denver from 2007-2008. Made a few work visits back in 08, and I think I came out maybe two more times for Rockies games. I haven’t been back since except for the occasionl layover in the airport. I had to take a week off, and wanted to get out somewhere to take some pictures and do nothing, and after the usual searches of prices versus temperature versus infection rate, I landed on taking the week in Colorado.

This whole trip has been a weird deja vu experience. I sat in the baggage area and had flashbacks of every time I ever flew home, going back to the first time I flew to the city in 2007. Got my suitcase, went outside and breathed the rarefied air and gazed out at the big sky and fluffy clouds that looked like they were floating ten feet above the ground, and I felt like I’d been gone for a week and was back. Something about the look of the place, the way the light comes through the sky, the way the air tastes, is totally unique in my head, always brings me back to that specific time of my life.

I got the rental car, headed out on the highway towards my hotel in the tech center and realized everything was different. They built a train to the airport. They built apartments everywhere. They built shopping centers everywhere. There are new giant towers of tech industry where there used to be empty fields. It’s like when I go back to Indiana and the bones are the same but everything has decayed, but the opposite. Some of the highways and such are in the same place, but everything else has grown.

One of the reasons I came out was to work on school stuff. So part of the stay has been hanging out in this residence hotel and banging out papers. I’ve written three, and barely started a fourth. Not into talking much about this yet, except to say I’m incredibly rusty and not in the zone yet. First, I haven’t written anything in six months, but I haven’t written sourced scholarly papers in… a while. 1993, maybe? So, it’s taking me about an hour a paragraph to knock out 16-page papers, which is not ideal. Didn’t I used to write thousand-page books?

The other reason was the photo thing. I got a new camera before I came out, a Canon EOS 5DS. It is a monster of a camera, weighing about double my old DSLR. Full-frame, 50 megapixel, weather-sealed, dual-card, and none of the nicey consumer features like a built-in flash or a selfie screen or a Wi-Fi adapter or anything. It’s a beast, and honestly, I’ve been fighting it the whole trip. I’m not used to any of the settings, and I’m constantly screwing up metering or getting depth of field wrong, because it responds completely differently than my old body. So I’ve shot a few thousand shots on this trip, but I’m not super happy with much.

I’ve been specifically avoiding various nostalgia points, because I don’t want to completely deep-six myself mentally. I did see my old apartment Sunday; I went on a long walk with a photographer friend, and went in loops around the ballpark area and the 16th Street mall for like eight miles. The more I walk around Denver, the more I see that either I didn’t get out much, or things have totally changed. And the areas where I did spend time are completely different. I used to work down in Meridian/Lone Tree, and all I used to do is drive to work, drive to Taco Bell, drive to Target, drive home. And that area was nothing but the Target, the Taco Bell and a few other fast food joints, and lots of barren land. I went down there, and it’s now a sea of condos, and a new train station and pedestrian bridges and lots of parks and sod and outdoor sculptures and the whole nine. So I lived here, but I didn’t live here.

Lots of other photo ops. I drove down to Garden of the Gods. Drove to the Air Force Academy. Hit air museums in Pueblo and at the old Lowry AFB. Went to Idaho Springs and walked around the old mining town a bit. Three or four malls were visited. Also met with a coworker (only the third time this has happened in a year) and did a big lap at Washington Park. Weather’s been decent, other than a freak hail storm when I was in Colorado City, so the walks and photos have been nice.

Had a really weird deja vu last night. I was walking around this area after dinner. This part of the DTC is all residence inns and empty condo buildings, with the occasional warehouse or factory, so it’s a great walk to take at dusk. Something about the weather, the heat, the air, the darkness, gave me this exact time travel portal, and I felt like it was a night in the summer of 1989, a late night after working at Wards all day, in the air conditioning from 10 to 9, then hitting the air that was a hundred all day and was then 80 after sunset. There was always such a strong feeling of… I don’t know, a mix of loneliness and possibility. Like I was the only person alive in the town, mixed with an uplifting feeling that something big was going to happen soon, and this was the temporary lull before it did. I don’t know how to explain it more than that, except I would get fleeting flashes of the same thing in the summer of 1992, the summer of Summer Rain, and that was one of the real motivating reasons to write that book.

And I’m thinking about that, too. And I should write more. But the sun is going down in about 20 minutes, so maybe I will go take another walk.

Flying out tomorrow, then it’s back to the grind. Stay tuned for more pics.