I think I have a bit of the flu right now. It’s the weirdest one, because I don’t have a lot of symptoms (congestion, throat, fever, etc) but I have been horribly underwater, unable to think, achy, and all I want to do is sleep. And of course this happens immediately before our Q4 deadline, when I have half a hundred things that have to ship. Last night, I slept about eleven hours, and felt like it was maybe three. I think I’m on the back half of it, and maybe if I waste the weekend sleeping, I’ll be over it.

I had this amazing yet disturbing dream – I plotted out the entire outline of a chick-flick rom-com, and it was an absolutely bulletproof story for that genre. And I remembered all of it when I woke up, and wrote it all down. It’s not a bad story idea at all if I was into that sort of thing, but I’m 80% sure it’s actually the plot of something I subliminally watched on a plane fifteen years ago. I’d have to spend a few weeks watching the entire Emily Blunt filmography to research that I wasn’t plagiarizing Richard Curtis. And what’s worse is if the thing ended up being entirely successful by ten orders of magnitude more than anything else I’ve written.

I’ve been reading UNIX: A History and a Memoir by Brian Kernighan, which has been fun. I’ve had a copy of the K&R C book since forever – I actually had the first edition, sold it to buy groceries or whatever back in 1992 or so, and then bought the second edition when I was in Seattle. Kernighan is one of the Bell Labs folks who was around when unix first came to life in the late sixties/early seventies. He wasn’t the inventor of unix, but he arguably came up with the name, and he co-wrote that definitive C programming book. Anyway, the memoir is actually half about his personal time at Bell and half the beginnings of that operating system’s development.

It’s a fun read, because it makes me think of how quickly things changed in that period. They first started hacking together their system on a PDP-7, which had something like 32K of RAM. They had to write everything in assembly language, because there wasn’t a C language yet, and there weren’t portable libraries yet, which made later moving unix to the PDP-11 an overwhelming task. A dozen years later, my Commodore 64 had double that amount of memory. Six or seven years later, the computer I first used to learn assembly language had eight times that memory, and was considered largely obsolete at that point. (The C335 class had a cast-off lab of old Atari 520 ST machines, which were maybe five years old, but felt more like fifty, compared to the NeXT and SPARC workstations everywhere in Lindley Hall. It was nice learning assembly on the Motorola 68000 though. I don’t remember the details, but the 8086 seemed bizarre in comparison. The 68K had more registers, and they were all general purpose; the x86 had a bunch of specific registers, so like some were specific pointer registers you only used in addressing. Or something. Anyway, this was thirty years ago, and I never used assembly again.) Anyway, it’s fun to read about these guys writing an OS that’s now used everywhere, on a machine that’s slower than the alarm clock sitting on my desk.

The one weird thing about that book is that Kernighan has probably sold millions of programming books over the years, mostly through Prentice-Hall, but this book was self-published on KDP. It looks okay, but it’s definitely published on KDP. It makes me wonder why he didn’t get an agent to swing him a deal and maybe get more publicity on the thing. It does seem to be highly-ranked at the moment, and I hope he does well with it, but it is curious.

Not much else. Writing has been slow because of the flu. Mall walking has been increasing as the temperatures slowly drop. (Nowhere near as bad as the midwest, though.) It’s nice to see the holiday stuff slowly start to fill the stores. Macy’s is packed with new inventory; JC Penney seems to be well-stocked. Sears is Sears. The one in Concord has a sad display of trees in the basement, and not much stock on the floor. I still find it funny that I thought of Sears as The Enemy for years when I worked at Wards, but now I feel oddly emotional when I’m in the holiday department. It reminds me a lot of being in Four Seasons over thirty years ago, putting up the fake trees and telling people that no, we did not have any Nintendos in the back room.

I have a much bigger post in me about the Wards thing. But one interesting bit I found out is that one of the guys who worked full-time in the automotive department who I always liked working with managed to stay until they locked the doors on the last day. And then, oddly enough, he jumped to Sears, and went down with the ship when they closed almost twenty years later. So that’s interesting. 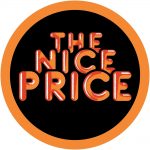 Just a heads up that I’ve reduced the price of a few of my older books on Kindle. My books are already priced cheap — probably too cheap, but it’s a race to the bottom on Kindle pricing, and that’s another discussion.

Does anyone remember when record labels used to do “The Nice Price” on CDs and tapes? Like a CD would cost $15.99, but you’d find a Molly Hatchet “Nice Price” album for like $12.99. They were all reissues, and they almost always never had a proper CD booklet, just the cover art on a single panel of paper and maybe a list of songs on the back.

Anyway, these books are the same as they were, not reissues, no changes. Just a price drop because I feel bad about charging three bucks for a ten-year-old book, and they’ve sort of run their course, but at a buck, they might be a good read for you. (I’ve always thought about re-releasing these with new introductions and bonus stories and new covers and all that jazz. Maybe in ten more years, if self-publishing is still a thing.)

The following books are now only 99 cents on Kindle:

Also, these books have always been 99 cents:

And none of my books are above three bucks on kindle. I wish I could make the paperbacks cheaper, especially since Amazon has torpedoed their algorithm and I never, ever sell paperbacks anymore. I usually set my paperback pricing to the nearest dollar above the production cost, which is ludicrous from a sales perspective, but it makes them as cheap as possible for you.

Do me a favor and repost this if you can. I wouldn’t mind a few new people finding these books, now that they won’t find them on Facebook or Amazon unless I pay a billionaire five dollars to advertise a book I make 35 cents on.