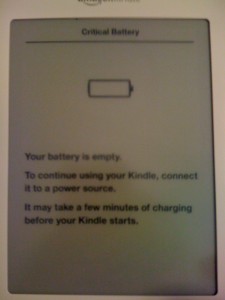 I hate the term “Indie Writer”.  Hate it.  Hate all of the variations: indie writer, indie writing, indie books.  It’s one of those terms, like “sammies.”  Any time I am in a restaurant that has the term “sammies” on the menu, I want to burn the fucking place to the ground.

Over on Self Publishing Review, there was an interesting article about this (here.)  In recent years, I’ve had a certain unease with the sudden popularity of self-publishing, and I could never really explain this effectively. But then I read this article, and it was like I’d spent the last X months staring at the splotchy acid-trip picture at the mall and something shifted and I could magically see the 3-D unicorn.

Back in the day, I was tangentially involved in the underground death metal scene; I published a zine, wrote for another, and spent a lot of time trading tapes and writing obscure bands around the world.  This was independent music at its most fundamental: people recorded albums in their own garage, dubbed them onto Maxell C-90s with a jambox or tape deck, then photocopied j-cards and mailed them off to zines for review, or sold copies through the mail.  (“Enclose carefully hidden cash!”)  Some bands “sold out” and signed to major labels, and you could have arguments forever with people over whether or not Nuclear Blast America was a “major” label, but I’m sure their most popular band sold about as many albums total as Sony gave away during promotion of a new Mariah Carey album.

Then Nirvana showed up, and the metal scene completely died.  And all of a sudden, all of these “indie” bands appeared.  And we were constantly told that a band like Smashing Pumpkins was “indie rock,” even though they shared a label with the Spice Girls and Janet Jackson.  And this must have been a major pain in the ass for alternative or punk bands who were still pressing their CDs in batches of 1000 and dragging their own orders to the post office.  But it was even worse for the metal bands who saw a recently functional ecosystem completely dry up, replaced with a bunch of guys in flannel.  The only valid solutions for metal bands were to a) cut out all of the satan references and play mopy college rock; b) get a job at a gas station; and/or c) wait it out until all of the alternative bands had kids and got old and metal once again ruled. Meanwhile, MTV and the mainstream press beat this “indie” label to death until it had no meaning.

There are two different axes to graph this stuff on.  One is “indie” as meaning independent of a massive corporation for your publisher.  The other is “indie” as a term describing rebellion against common conventions in literature.  And I think many of the people who write genre fiction and self-publish it take up the “indie” moniker to show that they are somehow bad-asses raging against the machine, although they’re still writing vampire romances and murder mysteries.  And most self-publishing forums and groups I encounter have little to nothing to do with pushing boundaries, and are mostly about how to make a product that looks like and competes with the same exact things released by the Big Six.  And anyone calling themselves an “indie” would be the last to admit any of this, and respond with “but MY book isn’t just like Tom Clancy – it’s like Tom Clancy with zombies!”

Self-publishing suddenly became “indie publishing” because people wanted self publishing to sound legit, and shed the baggage of being associated with people who paid vanity presses a few thousand bucks for a box of a thousand books, 974 of which would sit in a box in their attic forever.  And some people may be staging a revolution against the Big Six by doing it themselves, while others may have tried to get an agent and get a deal and failed.  And maybe they failed because the industry is failing (nobody reads, economic downturn, the damn 1%, choose one or more), or maybe they just didn’t make the cut, because their stuff was no good.

And I know you’re probably just thinking, “he’s just jealous his piece of shit books didn’t sell as much as Twilight.”  That’s not the point.  That isn’t my world.  I’m not Pavement complaining about Smashing Pumpkins.  I’m Captain Beefheart for the sake of that comparison; I’m doing something that’s not meant to be appreciated by anyone but a small number of people.  I’m fine with that.

The problem is, I self-publish.  I’m an “indie” in the sense that Random House is not handling my output.  And for whatever stupid reason, that automatically lumps me in with every Stephenie fucking Meyer wannabe that’s self-publishing for profit.  I don’t self-publish to make money.  I self-publish because I don’t happen to have an offset press in my living room.  And I write because it’s a way of channeling my subconscious and my thoughts on finding a meaning to life into a format that can then be consumed and possibly felt as emotion by other people.  And the way that happens isn’t about a perfectly carved out plot arc or a nicely packaged consumer product or a compliant genre-specific thriller novel.  Jackson Pollock did not paint crying clowns and landscapes.  Albert Camus did not pen murder mysteries for the YA market.  I don’t have to adhere to the bullshit rules people keep spouting off, any more than G.G. Allin had to dress like the members of Pearl Jam, even though they both released albums in the same era.

It’s irrelevant.  And it should be for you, too.  Write what you want.  If someone tells you to develop a marketing plan, tell them to go fuck themselves.  This is Art, not Amway.  I am not an “indie” writer.  Underground?  Maybe.  Cult?  I probably need more cult members first.  But “indie”?  Ugh.  Someone’s mom is an indie writer.  I’m anything but.

11 replies on “Why I am not an indie writer”

Good post, but indie rock was an actual thing. Smashing Pumpkins were on Caroline and more or less came out of that Chicago indie rock scene. Same with Nirvana. So there was something to the "indie" monicker then, compared to how metal records were released. There was a "sound," now indie's just a process.

Agreed, indie music was a real thing, but it was also co-opted and the meaning diluted. And the sad thing is that bands like Nirvana and Smashing Pumpkins were both in such a bad place once MTV started using indie as a marketing term 20 times a second, because they didn't want to be the next Journey or Chicago or whatever.

Caroline is a major label! It's part of EMI. I think that only Universal and Sony are bigger labels than EMI.

In the 90s, Caroline was still a Virgin subsidiary, although they didn't make it that clear in the US. Virgin (and Caroline) got bought by EMI in 93 or 94? And EMI got bought by Universal this year, so technically they are now part of the largest label in the world.

But all of this is relative, too. I remember in death metal when Earache was considered a "major" label; I also remember that in the mainstream circles, IRS was considered an "indie" label, even though it was distributed by A&M and you could even find IRS records in the most rural Indiana record stores. (I just know that REM's album Green was considered their "major label debut", which is when they jumped from IRS to Warner.)

Well, the whole "Earache is a major label" thing came about when Earache stopped being distributed in the US by Relativity, and got picked up by Columbia, which was and is a subsidiary of Sony.

As for EMI, I'd say that Virgin is plenty "major" enough…

Honestly, I don't know the history of Caroline, but they were a minor major, if that – they put out Bad Brains. So it wasn't like getting signed to DGC. Matador and Sub Pop had major distributors as well, but they'd still be considered indie.

>>>And maybe they failed because the industry is failing (nobody reads, economic downturn, the damn 1%, choose one or more), or maybe they just didn’t make the cut, because their stuff was no good.

Listen, you'd be surprised at how many damn good writers out there who have been dumped by their Big 6 publishers. It has nothing to do with *them* and everything with the Big 6 moving towards a Hollywood mentality of big investments in a few books they deem possible "hits."

If I was being an asshole, I'd say "it's totally their fault for not writing the exact thing the big 6 wants!" and blame it on their writing. There's another Konrath you can talk to about that advice. I'm not him.

Of course the big 6 is only interested in sure-fire strategies, which is why genius authors not writing vampire romance novels are getting sunk. I am in complete agreement about that.

My argument is that everyone bitches about being forced for decades to listen to REO Speedwagon and Journey, and they are given the tools to make any music they want, explore any idea imaginable, and they turn around and say, "how can I make my music sound exactly like a Boston album?" They should be off inventing the next punk rock, and they're intently studying how to write their own "I Wanna Know What Love Is".

Good perspective. I can relate. It reminds me of something I once read about Ralph Stella–when asked to describe his work he said, "I'm a painter, man." And that was it. No labels. I think writers and musicians, photographers, whatever, should do the same. Write your books, play your music. If other people want to label you, that's their problem. If you're intent on labeling yourself, that's your problem. And I think you have to be careful, too — you might get what you wish for and someday regret it. Anyhow, keep up the good work.

Interesting article. My work doesn't seem to fit anywhere, not for lack of trying, I have. But I can't write a teenage vampire thingy, I couldn't give a shit less about that and I don't have it in me. I don't care about the hundreth version of the poor ghetto prodegy, the millionth version of CSI, or the latest fallen star. I try to write about unique human drama, and it's not cozy, pretty, sugar coated or politicaly correct. I have some readers, I'd like more, but that's the way it goes.

I don't like the title, author, don't like Indie or Indipendent ethier, although it's a better word than author, or self published, which I am, and not ashamed of it. I prefer writer. I write therefore I am.

I think a lot of well known and even legendary writers (and bands) started out this way, thinking its me/us against the machine. I think everybody in any kind of artistic expression at some point in the begining are, indipendent, alone, with their craft, and a few loyal followers who feel that it's all theirs. But i guess it's suppose to be that way, it's part of the deal. That's how I see it. I have a lot of distraction in my house tonight so just getting this much out was a challange.

Great article. The only reason I self publish is just because few people would publish my stuff. Air In the Paragraph Line was the exception and I'm grateful. I did chapbooks for awhile but I got tired of that – besides e-books and the internet reach much bigger audiences for less price.