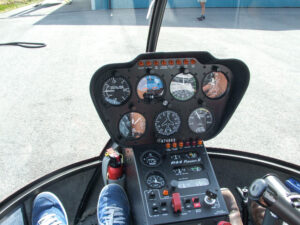 I am sort of done with the Random Life project. There are 100 videos there now. It was fun digging through some old stuff, but I got almost zero reaction from anyone out of it, and maybe it was a dumb idea. Oh well. Maybe in two or three years, I’ll look at it again and it will be interesting.

Been insanely busy with a big work release, and that’s finally done, but I haven’t been back on the horse with anything writing since then. It’s the time of year where I start to panic about not getting a book published this year, since the last year I had nothing published was 2010. But I’m in a weird place right now, where I am having a lot of trouble writing anything cohesive. I am just repeating myself at this point, and I really don’t like what I’ve been doing the last few books. And a lot of people agree, based on my sales numbers. So who knows what I will do. Maybe I will pull something together in the next 96 days. Or maybe I will pick up this writing thing after I retire. I really don’t know.

* * *
For whatever reason, I started programming again. One of the three projects I always take up when I think I’m going to learn programming is writing a Zork-like game, a text-based RPG. Yes, I could just use Twine or some other game engine to do this. I mean, I could just play Zork. This is mostly just a dumb hobby for me to do because I can’t write, I don’t want to spend two thousand dollars on a gaming PC, and I am not about to start playing golf.

So I started writing this game in straight vanilla C, with nothing but the standard library. I still know a remarkable amount of C, given that I think I learned it thirty years ago. What I didn’t remember is that C is such a pain in the ass to work with. Every data structure that isn’t an integer requires you to either write or steal a library to do it. Dynamic arrays? DIY. Binary trees? You’re on your own. It all involves pointers and malloc’ing memory, and every time I would write ten lines of code, I’d think, “well, that’s going to break in actual use” or “that’s completely insecure.” I got a few hundred lines into the thing before I decided to switch to using Ruby.

I guess Ruby is now an inherently uncool language. All the cool kids use Rust, or JavaScript, or maybe Python. I first started messing with Ruby in the context of Rails development in 2006 or 2007, and spent a couple of years doing a ton of it, on a brief  sabbatical from tech writing. Haven’t done much since then, but I thought maybe I’d do this game in Ruby, no Rails, no ActiveRecord, no crazy gem dependencies. I think it took me about 25 minutes to redo the couple of days of work I did in C.

It was easy to get lost in this, but I also ran into a few issues. The first is the constant though of “nobody uses Ruby anymore.” The other is thinking that some bit of code is a very un-Ruby way to do things. I started reading more about Ruby, and it sort of drove me nuts because the Ruby way to do stuff is usually inherently unreadable. It’s neat and cool, but in my mind, doing a “if this thing is nil, do something else” is more readable than “do something else unless this thing is nil.” I realize I’m probably losing all of you non-programmers here, and I’m being pedantic, but I have some basic fear of writing this thing, publishing it on GitHub, and then having a seasoned veteran look at it like I’d look at a Reddit DIY post about some idiot who proudly enlarged their living room by removing every load-bearing interior wall in their house.

I bought this “Pocket Computer” – a Sharp PC-E500S. It came out in 1995, and has 32KB of memory. It’s roughly half the size of an iPad lengthwise, about 9×4 inches, maybe 3/4-inch thick. It has a 4×40-character display, LCD, and more or less a full QWERTY keyboard, except plastic little keys like a calculator. You can write BASIC programs in it, but it also has a bunch of crazy engineering software in it, so you can do integral calculus or pull up a periodic table of elements. It runs forever on four AAA batteries.

I don’t really know what I’ll do with it. I won it on a lark – made a hail mary offer on it on eBay, and the seller accepted. It has a serial port that uses a connector I’ve never seen, and a cartridge port for proprietary memory cards that are impossible to find. It is slightly more useful and interesting than the Casio FX-7000GA I have from 1990, which currently spends its time in a storage container in my closet. I need to keep in mind that buying things doesn’t really give me the joy I think it will.

The helicopter picture above is apropos of nothing. It’s from my Alaska trip in 2006. I think I’m at the point where I want to go back to Alaska, and I’m currently stuck with a bunch of Alaska Air credits I can’t use, but who knows when it will be safe to get back up there. I sometimes think it would be cool to go further north, head up to Fairbanks, but I don’t know the logistics of it. Maybe at some point. 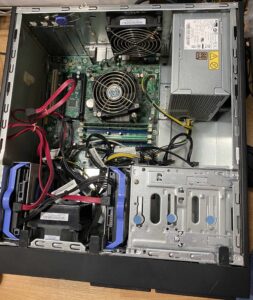 The Random Life project is running out of steam, which is fine. I have posted 100 videos, and I’m about out of footage. They’re scheduled to come out one a day for the next month. 81 are live as of this second. I might get bored and post all of them in one big deluge. I’ve pretty much scoured all of my old tapes and what’s come out of my digital cameras. Maybe a second pass through the old Hi8 would reveal more, but I think doing more on this involves me leaving the house, which won’t happen any time soon.

I had some vague idea that I’d take all of the footage — I’m not sure how long it is, maybe an hour? — and glue it all together and make one long “movie” out of it. There are a few problems with that, most notably that that aspect ratios of things differ. The other is that iDVD was the perfect software for making a nice version of this, and it died a few years ago. Also, I thought it would be neat to list it using CreateSpace, and I could order DVDs on demand, but they stopped doing that a while ago. And I don’t know how I would even play a DVD anymore, without digging out an old external drive. The other issue is that with no plot or linear story, people wouldn’t “get it,” which is probably why the project has mostly gone nowhere. But I’m sure in a year or two when this is completely out of my head, this will seem interesting again.

So, I’ve had FreeNAS installed on my data hoarding server since maybe 2014, and never updated it. The machine itself is a Lenovo TS-140, which is great because it’s low-power but also supports server-type stuff like ECC memory. I threw FreeNAS on it and set up a ZFS pool with three drives in it, which gave me something like three or four terabytes of redundant storage. I run Plex on it and it can transcode videos on-the-fly, which is good because every time I have an AVI or something and I need to watch it on a real TV, I don’t want to have to google the entire history of video compression to figure out how to view it. The server is also a black hole of large PDFs I will never read. There’s about a half-terabyte of government PDFs about UFOs, and I now have zero interest in that, but I can’t just delete them.

Anyway, I had a drive fail in that pool in 2019? or so, and it was an easy and fun process to replace it. No data loss, because of the redundancy. I bought a larger drive, swapped it out, and it “resilvered” it with the stripes of redundant data from the other ones and magically healed itself. The pool size is calculated based on the smallest drive in the pool, and that thing had two 3TB drives and I replaced the dead one with a 4TB, but didn’t have the cash or will to buy three new drives. I replaced the 3TB with a 6TB, and that expanded the pool to 5TB. If I was smart, I’d do the math and come up with some schedule where I rotated out the oldest drive with the biggest I could afford at some regular interval, but I’m too lazy to figure this out.

Felt a need to upgrade this thing, because I’m sure it’s full of security holes, and my TV started complaining it needed a newer version of Plex, and the NAS wouldn’t upgrade it anymore until I upgraded the OS. I thought maybe I’d do incremental upgrades, like go from 9.0 to 9.1 to 10.0, etc etc. I did the first minor upgrade and it bricked the machine. So I needed a different plan.

I’d heard the new versions of TrueNAS (they changed the name from FreeNAS for some damn reason, probably money-related) kill USB thumb drives, which I was using to boot for the last 7 years. I’m surprised that one lasted as long as it did. So I bought a small SSD drive (120GB) for thirty bucks, and installed that in the box as a boot drive. Then I got the latest TrueNAS installer, booted from that, and did a fresh install. Imported the old pool, installed a fresh Plex install, added an AFP share so my Macs see it, and done. I ran into zero kinks in the install, and the web dashboard looks all shiny and new.

I just realized nobody will care about the last few paragraphs. I run into that a lot. Why do I even do this anymore? I think someone famous said “I write things down so I won’t forget them.” Or maybe that was the marketing slogan for a hipster notebook. I didn’t write it down, so I forgot.

Oh yeah, Shuttle photos from the trip are on Flickr: https://flic.kr/s/aHsmWub6uW

Also, I have a ton of pictures of NAS Alameda that need to be sorted and labelled and organized, but here’s a raw dump of all of them: https://flic.kr/s/aHsmWwqwem

I don’t know who still uses Flickr, if anyone. I noticed my last photo dump was my Vegas trip right before the pandemic started. I’m not sure if that’s because of the lack of travel, or my general apathy about sorting and organizing photos.

I have to drive to the dentist in a minute. I’ve already covered this earlier, but I still go to the dentist I had in 2008 when I lived in South San Francisco. The drive stinks, but he’s a good dentist, and he’s open Saturdays. His practice is attached to a rapidly dying mall, and there are all of the usual ghosts from living there way back when. Oh, and he’s got to drill up two teeth, and I have to pay for it.