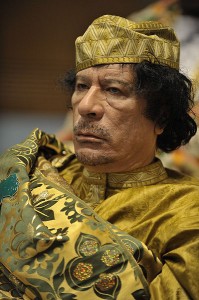 Yesterday marked the 42nd anniversary of when Muammar Gaddafi assumed the title of Chairman of the Revolutionary Command Council of Libya by ousting Prince Hasan as-Senussi. It’s disputed whether or not he’s currently in Libya or if he still rules the country.  And if he does show up, he’ll probably end up prosecuted by the International Criminal Court for crimes against humanity.

Even though he’s been in the news constantly for the last year, there’s a lot we don’t know about the Libyan leader. Here are some amazing facts about Muammar Gaddafi: