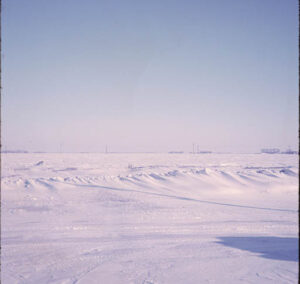 I am fifty-two today.

I’m trying to think of what the number 52 conjures in my head. A deck of cards, obviously. Games of “52 pickup” which we “played” with my little sister. The B-52 bomber, which my dad worked on when I was born on a desolate Air Force base in the middle of nowhere. The number of weeks in a year. The number of hostages Iran freed on my 10th birthday. Denver is at 5200 feet. (Well, 5280.) It is the fifth Bell Number and the third untouchable number. There are 52 white keys on a piano.

I’ve mentioned this before, but I like even-numbered ages. I liked 50, and did not like 51. 52 sits better with me, but it’s also solidly in my 50s. And 52 sounds way older than 50 for some reason. I do like the even number. And I dislike odd-numbered years. Unfortunately, there’s only 19 days where both my age and the year are even. Age is just a number and time is an abstract concept, but I do like a good even number for some reason.

I am getting old. 52 is old. I mean, we all are getting old, but this year, I look in the mirror and… yeah. I’m no longer young. When I was in my 40s I could sort of pass for 30s, but now I’m definitely in my 50s. I had to get my driver’s license renewed, and I don’t recognize the guy looking back at me. I look seventy. Not having hair anymore really does it. Things are happening to the skin on my neck that no face cream will fix. The eyes are not the eyes of a thirty-something. I shouldn’t care about any of this. I do.

I am going to Las Vegas for my birthday this year. I’m writing this before I leave, so it’s autoposting while I’m already there. This is the first big trip to Vegas in a while on the actual day of my birthday with Bill, Marc, and a few others. I think the last one like this was 2011. I don’t know what Las Vegas will be like post-pandemic (or during pandemic? I don’t know what their cases look like these days).

I’m staying at the Mirage this time, and maybe the last time, because it was bought by Hard Rock and it’s rumored that it will be completely gutted this year or next. I can’t remember if I’ve stayed at the Mirage before. I’ve been there a lot, and I know I stayed at Bellagio before. (2006?) It’s amazing that at one point, I knew enough about this to write a book, and now it’s a bit of a blur. And I generally don’t stay in hotels with casinos anymore. The last few times I was in town, I decided I needed a kitchen. So this time, I’m back to the regular grind of being on the strip.

A few plans this year: Penn and Teller, Bouchon. There will be steak. I’m not sure what else, but it will be good to get out of town for a few days and see friends.

Whenever I make these lists, I’m grateful I’m not on them, but it also makes me think about how these people are old, and I don’t even feel like an adult half the time, let alone an old, fully-formed person. I have a healthy dose of imposter syndrome when I think about this, and it’s deeper than thinking I haven’t accomplished enough. It’s this uncanny feeling: I am not an adult, am I?

Any time I make one of these posts, there’s always some forward-thinking statement about what I want to do in the next year of my life. I do a bit of that in my end-of-year summaries, and the two are almost back-to-back posts, so there’s a lot of redundancy there. (Also, I’ve already broken the no-Taco Bell goal.)

Year 51 was grim and not entirely happy. And I obviously want better than that in year 52. Otherwise the goals are the usual: write more, read more, do more, be more. So I will do that.