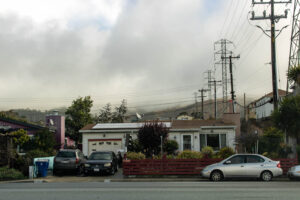 Now that I’ve posted here the last few Sundays, I feel like I need to post here every Sunday. That would be a good routine to get into, although I don’t always have anything to talk about, especially when I’m too busy all week and do nothing but work and try to sleep. So, here we are.

I might not update next Sunday because I’ll be in the Midwest. This is a quick trip back for a wedding. No Indiana; this is in Illinois. I’m being somewhat vague about my actual travel plans, because who knows how much they’ll shift, and I don’t want to make solid promises on anything. I haven’t flown in two years, and have no idea how this will go. I am going to bring a single camera, my main DSLR, and maybe an extra lens, but maybe not. I’m not going to mess with a backup or a film camera or whatever else. My backup is my iPhone.

That main camera – the Canon Rebel T6i – has been getting a ton of mileage on it. I mentioned hitting 8000 shots the other day. In the last 11 days, I’ve shot another 1600 pictures. If I don’t cross the 10,000 line by the time I leave this week, I definitely will when I’m gone. It’s funny that my biggest year by volume was in 2010 when I shot just under 4000 shots across all of my cameras. In the first four months of 2022, I’ve shot over 5000 shots. Gotta keep the rhythm going. (If you’re curious, the best of this stuff is slowly getting posted over at my Instagram.)

True to brand, I managed to crack a tooth right before vacation. Actually, I should have done it while on vacation, but I got a head start on it. It’s fairly minor, no pain and just a little edge next to a filling that’s chipped. I went to the dentist yesterday, and he said it needs a crown, but filed it off a bit to get me sorted in the short term. I’ll go back the day after I return and get it all tore down and set up, then spend a few weeks on protein shakes and soft foods.

I got finished with the dental appointment down in San Bruno at about 9:30 in the morning Saturday. It was raining, just a sprinkle, and a fog had socked in most of the hills in South San Francisco and Daly City. I drove around the peninsula, stopping here and there to snap a few shots with the mist in the distance, which was harder than I thought. Every time I would see a perfect scene, I’d then try to park the car somewhere, run out, and realize it didn’t look as grand, or the wind would shift and the fog was gone or the clouds moved. I need more practice with this, or a good map and some research.

Daly City is the little boxes made of ticky-tacky as made famous by the Malvina Reynolds song. (Or Pete Seeger, or the theme song from Weeds, depending on your age.) So I was driving around there, trying to capture a good line of little pastel houses with a dense fog in the background, and did only so-so with that. I also drove to Thornton State Beach. I was more excited about that one, because by the time I turned onto Skyline, I was basically driving through a gray cloud. But when I got to the beach, it was closed to the public, and I could only walk on one little trail to a roundabout and take some distance shots of the ocean from there. Lots of choppy waves and low-hanging clouds off the water, but I didn’t have the right spot or the right light to get anything too grandiose.

I did a quick lap at the Serramonte Center mall, then got home by noon. Decent field trip.

I have been making more of an effort to drive around randomly without a GPS. I did that today, too. Exited the highway near Moraga, and just drove, winding through hills and looking for places where I could shoot a photo or two. I used to do a lot of this as a kid in Indiana. When I first got a car, I would drive everywhere, going to places I never usually traversed as a kid, finding different routes and seeing new things.

I can remember many a weekend in Seattle doing the same thing, just aimlessly driving up and down the isthmus, heading parallel to I-5, avoiding traffic by taking side streets and getting lost in parts of Echo Lake or Ballard or whatever, driving in a direction I thought might be east, trying to get back to a highway or a Denny’s or something I recognized.

Back then I only had the laminated tri-fold map, Seattle’s grid/numbering system, and the mnemonic “Jesus Christ Made Seattle Under Protest.” (Jefferson, James, Cherry, Columbia, Marion, Madison, Spring, Seneca, University, Union, Pike, Pine.) This is how I vaguely figured out the city, found a lot of weird record stores, and burned a lot of time. It’s a bit of a lost art now, since I only drive from A to B and follow the road Google tells me to follow. I’m trying to break myself of that on Sundays to find new places to shoot.

Not much else. I have an abbreviated work week and a lot to do, plus figure out packing. Provided this trip goes okay, I think I need to take another trip in June, but I have no idea where. Not the Midwest, not Vegas. I was thinking Seattle, but I am not sure. I’ll have to pull up Amex travel and see what’s cheap, what I’m willing to deal with. But first, I have to see if I have any travel-size toiletries that haven’t turned into solids in the last two years. (And Target was closed on Easter? That’s surprising, at least out here.)