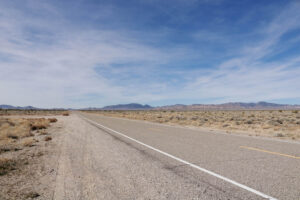 Why? Why is this so hard?

I keep meaning to write a post about “why blogs are more important than ever” or “why you should blog” or something like that. I actually have a draft post where I paste in the occasional thought blast or loose link I find about this topic, and keep meaning to structure this stuff into a cohesive manifesto of sorts.

But… life. There are only so many hours in the day, and by the time I sit down after a day of work, I’m usually completely strung out and exhausted. I consume so much caffeine to keep running at combat power for ten or twelve hours every day, that by the afternoon, I’ve overdosed to the point where I’m about to black out. I cannot focus on this stuff at all.

But when I started this thing back in 1996, the point of it was to not focus. I wanted to write just to write, dump a few hundred words into the void and keep my chops up. It was like jogging, running laps around the neighborhood, not to go anywhere, but to just run for 45 minutes. There was something liberating about posting the day-to-day in an unstructured format, without needing a genre or a “container” or a specific format to put things in. It was. Nothing more.

This was before Facebook, Twitter, and everything else lowered the bar on posting inane personal updates for no reason. This was before the term blog was even invented. It was before LiveJournal or MySpace. To people born after the year 2000 who doesn’t have the attention span to watch an entire TikTok video, these updates were probably like reading Leo Tolstoy do an hour-long jazz set on watching his lawn grow. But having that “container” to do this, without comparison to other platforms – that gave me the freedom to sit down and do this without being blocked on exactly what to do.

When I sit down to write on Rumored dot com, this is the thought pattern when an idea pops into my head that typically makes me give up and go waste two hours doom-scrolling investment news:

That last one is what kills me. I’ve complained about this a lot, especially during the “Golden Era” of blogs (which, christ, was 18 years ago now) when people suddenly decided blogs had to be “about something.” And that wasn’t because some grand arbiter of taste codified the online world and listed out what you could write about, and it wasn’t a tool limitation, like you had to choose one of five things when you created your account and you could only do those five things.

People suddenly realized that instead of blogging being like jogging on a treadmill but for writers, blogging became a stepping-stone in the world of publishing. Blogs with a cohesive vision became more trafficked, so once AdWords and affiliate links were a thing, the blogs with the most visitors rose to the top, and got more visitors, and became A Thing. Blogging wasn’t about writing about your feelings. Blogging was about producing some self-contained docudrama about your persona’s supposed life, and were hopefully a launching pad to a book or movie deal. Or they were basically a self-produced magazine, about politics or news or whatever, and the line between mass-media and blogging became blurred until they basically became the same thing.

(I cannot count the number of times I wrote a thousand-word essay here off the cuff, just to burn two hours between work and dinner, and some other writer or random civilian emailed me and said “wow you should submit that at XYZ and sell it.” This always launched me into a white-hot rage. If I was trying to write puff pieces for McSweeney’s, I’d write them. I write here to write here, god damn it. If I was thinking about what markets would take my writing, I wouldn’t be writing. I could not walk 10,000 steps a day for exercise if I spent every waking moment wondering what media outlet would pay me for walking 10,000 steps. I walk 10,000 steps. God DAMN it why is this so hard for anyone to understand?)

(Stay with me here. I know I’m rambling.)

* * *
I’m not going to go old-man-yells-at-sky about how these damn kids don’t have an attention span to read anymore. They do if they wan’t to; that’s not the problem. I think the dopamine-killing feedback loop of social media has fully been documented elsewhere, and people fail to factor in that people don’t have time and have too many other competing things to prevent them from sitting down and reading a series of 2000-word blog posts like we used to do during every office workday in 2003. I get it.

There’s a much more subtle thing that happened with this tool evolution, aside from the shortening of the media form. The “democratization” of tools like LiveJounal, then Facebook, then Twitter, then TikTok made it easier for anyone to journal their life in real-time. When I started this site, I had to write code by hand, telnet into a remote computer, and use unix commands on a terminal to publish each day’s page. Now, you get an app on your phone, press a button, and a video of your dance routine is live for the world to see, which is great. Anyone can do this.

But the issue is this has transformed the nature and value of the word “blogging.” It used to be that blogging was about constructing a text essay to post. Now the word is a generic verb used to chronicle something in any format online. Live-blogging used to be a CNBC journalist feverishly posting up-to-the-minute copy about the 1998 midterm elections. Now it’s someone taking pictures of their visit to the grocery store. Blogging has lost all meaning. There’s no way to give meaning to the term again.

I think the most frustrating thing with blogging is that if you search for the term “blog,” the first hundred results you find are people saying you need to create a “blog” to generate SEO for your dental practice or real estate venture. The Reddit group on blogging is filled with people “finding their niche,” which means drilling into a genre that can create a profitable drop-shipping business. People don’t blog to express anything. They use blogs to store marketing content to game search engines.

Because there’s no money in this, there are no successful blogging platforms anymore. They have all been overrun by people selling boner pills and work-from-home scams. Blog discovery is now impossible. Any mechanism to create a directory of blogs or link together similar blogs will quickly be exploited and gamed by vitamin tycoons and destroyed. And once any fun personal hangout where you can converse with authentic people gets overrun by sales bots peddling a revolutionary new mop, they leave. It happened to Blogger, to MySpace, to LiveJournal, and it’s currently happening to Facebook.

Case in point on the blog directory thing: I just searched for “blog directory” and clicked the first result, then clicked the first article shown, and it was “Great Ways To Increase Customer Engagement!” Stock photo of a bearded hipster guy at a Square point-of-sale in an all-white store, smiling at a smiling woman from a Gap ad. Exactly 600 words long. A listicle. Exactly four outgoing links. Textbook SEO. Garbage. This is where we are. This is the entire web. It’s all useless. Old man yells at sky.

There are like 17 other things in my list of reasons we got to this point. RSS died. Google Reader died. WordPress is horrible. PHPbb is horrible. Blogger got bought and then left in the yard to rust. Every Tumblr in existence got banned for being NSFW. Everyone switched to reading on their phone, which left many sites unreadable. Video. Walled gardens. Privacy concerns. Whatever. I can go on forever. I’ll stop.

The truth is, I have a Notes document that has a list of URLs on it, of every blog I still like to read. Maybe once a month, I find a new one and paste it in there. Maybe six of them still post regularly. I revisit the other ones, read old posts, wish I could find more blogs about nothing.

Blogs are still important. Someone needs to figure this out. I need to stop caring about someone figuring this out and keep writing here. I don’t care if nobody reads it. There are 1,381 posts here. That’s a good start, but I need to keep going.