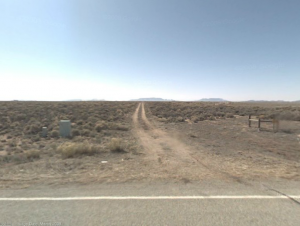 I have always been a fan of Structural films, or minimalist filmmaking. This started with Richard Linklater’s movie Slacker, which I always liked because it captured the zeitgeist of a college campus at the end of the 80s/start of the 90s. I think a lot of people like the funny characters and weirdos of the movie, and I appreciate that, and the non-linear-but-really-linear structure, which was a big influence for my second book. But what really got me was how it captured the atmosphere of being on a campus in the summer. It trapped in amber that feeling, the sparseness and the undertone of it, the wide shots of off-campus housing and dive bars and Texas landscape.

Go backwards a step and you get to his earlier self-produced film, It’s Impossible to Learn to Plow by Reading Books. This is a largely non-narrative movie he shot on his own, about 90 minutes of Super-8 footage of him taking a trip on Amtrak to Montana to hang out with some friends. This is like Slacker minus the plot gimmick, and most people would think this is like watching paint dry, but I’ve probably watched it a hundred times. I sometimes leave it on a loop while I’m writing. It documents that exact time in history perfectly, the way it looked in 1987 or so, living in the dregs of student/dropout life.

The commentary of that movie led me to Structural films, like Michael Snow or George Landow, and then thanks to Linklater, I fell down a deep wormhole on minimalist James Benning. There’s a lot to be covered there, and it gets a little too art-school, especially in how it’s framed and explained for galleries. But at least there’s a formal name for it, and it’s a thing.

Another thing: I love “slow YouTube.” This started with Astronaut.io, which I’ve covered before, but is a great way to watch short clips from an endless list of random, no-traffic videos. Then I got into long videos, things I could run in the background. A couple of my favorites were a guy in the middle of nowhere in Sweden, building a log cabin by hand and a seven-hour train ride from Bergen to Oslo, Norway. These have a specific audience, and probably aren’t great for folks who expect a Pixar-perfect plot line in everything they watch, or if you have zero attention span. But I love this stuff.

I also love videos that are documentation. The classic example is Heavy Metal Parking Lot, but there are so many other gems out there, like this video of a 7-11 at 2:30 in the morning in 1987. Or Lyle Hiroshi Saxon has a YouTube channel that has videos going back 30 years of him wandering around Japan for hours, capturing nothing in particular but everything. And my absolute favorite of this genre is Nelson Sullivan. He dragged a full-size VHS camera and shoulder-luggable deck through Manhattan in the 80s, capturing tons and tons of footage of the club, arts, and drag scene back then. It’s awesome that he captured and documented a large amount of musical performances and shows, but the stuff I love is when he’s randomly taking a beat-up subway to Coney Island in the 80s.

Vlogging is common now. But today’s influencers are chasing viral attention and endorsements. Their short action-driven bits about product placement are meant to draw people in quick. Everything is overproduced and a two minute video will have three minutes of ads. I have no use for that. I want raw footage that goes nowhere.

I bought a camcorder in 1996. I don’t know why, maybe I thought I would Kevin Smith a film, or maybe a bonus check burning a hole in my pocket. I shot some random stuff with it, and used it a lot on my 1999 trip across the country. It was a huge pain in the ass to lug around, and I didn’t vacation much. But I shot maybe a dozen and a half tapes in the 90s. I never did anything with them because they had no narrative, and they also didn’t look great: grainy, blown-out colors, too much vignetting in  the lenses. Of course, now people download apps to specifically get that nineties look, so that liability is maybe an asset.

There was a gap there, but then in the late 00s, my point-and-shoot camera could suddenly take videos. And then my iPhone could, and starting in 2014, my DSLRs could shoot movie-grade video. Anyway, I have a ton of old footage I’ve never used, never cut, probably never even watched. And I need to do something with it.

That’s where Random Life comes in. I’m starting to dig through this, and post regularly to that channel. I’ve already started uploading and scheduling daily video drops, and will hopefully keep things good and random. I’ll also start shooting more now. What I shoot now won’t be important, but in ten years, it will be.

The focus: I’m just trying to document. No narrative, no voiceovers, no music, no jokes, no storytelling. I don’t want to appear in the videos, and I don’t want to film characters. No voiceovers. Just footage. AND NO ADS. I’ll probably keep each video short. The goal is to have a full playlist you can put on random and flip through each of these minute-long videos aimlessly. That’s what I want, anyway.

I might quit this in a week, but we’ll see. I have no idea about branding and marketing this thing, and don’t care, but subscribe if you want and let me know what you think.