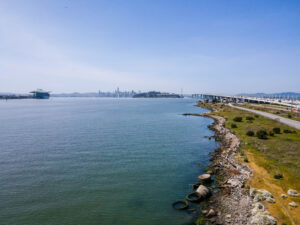 Christ, it’s been a month since I updated. So much for the “blog more” thing. I started the new job, but first rule of fight club. Things have been much more sane, but the pessimist in me is always waiting for the other shoe to drop. And I still have these weird bureaucratic nightmares (usually when I take Benadryl, which is too much this allergy season) where I’m like endlessly trying to sort a giant spreadsheet or I have some problem where I ask person A what to do and they say “ask B” and B says “ask C” and C says “ask A or B” and repeat. This was much worse when this was my actual work environment for twelve hours. After I was free and clear from the last job, I thought about starting a thread about all of the stupid stuff that went down over the last ten years, and then I (coincidentally) got a boilerplate letter from their legal that they send to all former employees, reminding me of the employee agreement I signed in 2010 and how I can’t disclose trade secrets. So, next topic.

I’ve fallen down the genealogy k-hole again, which is largely John’s fault, but it’s also something I do every few years. It’s ironic because it is something that obsesses me, even though I pretty much don’t talk to most of my family anymore. I debated using Ancestry versus MyHeritage and heard the latter was better for European records, so I signed up and then found out that it isn’t. I found out some rudimentary things that were wrong, like incorrect years and an incorrect last name that was throwing off all previous attempts to go back more than three generations. So it’s interesting, but it’s gotten boring, and like I said, it’s not like I’m going to suddenly find long-lost seventh cousins fourteen times removed that I’m really interested in talking to.

The other thing I did which I am obsessed with but probably need to quit is I got a full-on subscription to Newspapers dot com. (They have a variety of tiers: useless, mostly useless, and expensive.) I know I’ve bitched constantly about the bait-and-switch with newspaper archives: you used to be able to hit everything on Google, and then in the media landscape consolidation/race-to-the-bottom, everything went paywall. Well, I didn’t know this, but if you get the full-blown Newspapers account, there is a ton of old information on there.

What’s problematic with my family research is that the Elkhart Truth (sic) does not participate in this program. But the South Bend Tribune does. When I grew up, the SBT was a “real” newspaper, and the Truth was sort of half-ass, but way more local information. Anyway, most obituaries and so on are covered there. My dad’s side of the family lived in Edwardsburg, which is covered well under the Herald-Palladium paper (and its four pre-merger papers) so there’s a lot there. The other side of the family is in Chicago, and the Tribune has an extensive archive, but that family has an extremely common last name, and apparently some genetic predisposition for not even knowing how to spell their own kids’ names, according to census papers I found. Anyway.

The family stuff – I won’t go into it, but I found a lot there. And then I started plugging in various dead malls, and holy shit.

I wrote this big thing about Pierre Moran Mall recently, and really had to scrape to find even the most basic dates. I plugged this into the search for the South Bend Tribune, and found a ton of stuff, including pictures, store open and close dates, articles about events at the mall, the expansion and enclosing of the mall, the failed attempt to turn the old Target into a Christian event hall… way too much to process.

I want to someday write an article on the Scottsdale Mall in South Bend like the one I wrote on PMM. I didn’t spend as much time there as a kid, but I spent a lot of time there in 1990-1991 when I went to IUSB. Anyway, I started searching, and the South Bend Tribune did an entire section on the grand opening of the mall, with an article per store, and in most cases an ad from the same store (probably why they did this, to gin up future ad sales) and of course a ton of pictures. When I mean every store, they even did a piece on the local pretzel stand in the mall.

On to Concord Mall: I found articles going back to years before the mall opened, when they planned on plowing up the farmland in Dunlap and putting some bridges across the Yellow River to get things started. They also did a similar send-up with plenty of articles about the stores moving from downtown to the new shopping center. It looked like the article about Wards was largely boilerplate – I think corporate sent the same copy to the paper for both the South Bend and Elkhart stores, which both opened the same year.

Other interesting things I found out: one is that the original plan for Concord was to include 200 apartments on the property. That would have been a fun little futuristic utopia, living and working in the same building, eating Karmelkorn for dinner every night, going on dates in the JC Penney.

Another weird one was there was a study and a plan done on building yet another mall in Goshen. That area was over-malled with four malls in the seventies already. Goshen was decimated by Concord going in, because almost all of their downtown shops fled, and that place was a ghost town for decades. Building a fifth mall in a city of maybe 15,000 back then was a real hail mary to try to keep shopping dollars in the city, and someone probably ran the numbers and decided it wasn’t worth giving the developer a fat tax break on it. So nothing happened, and then of course Wal-Mart came in and built two super-stores and completely finished off the downtown. (The good news is that it’s become somewhat hipster-gentrified, which is good to see, actually.)

The newspaper thing was a real problem, scraping up the serotonin and eating up my time. It was like when Google first came out and I spent weeks searching on everything I could think of, wasting way too much time reading dumb articles about abandoned military bases or ghost towns in Colorado or whatever I was into at that point. It is amazing, and totally hit the nostalgia nerve, and I should probably cancel my subscription soon. Luckily, there aren’t any Bloomington newspapers on there.

The Panera by my house closed. Like I think I ate there a week ago, and on Friday, it was completely stripped down, all the signs and lights and awnings gone. I’m currently in food jail, so that’s probably a good thing; I got into a bad habit of ordering from there every week or so. You can probably eat healthy there, but the bread part kills me. Anyway, it’s become this dumb inside joke/meme, and like all of my dumb inside joke/memes, I’m hopelessly sick of it, but the same three people that make the same dumb jokes on every single thing I post on Facebook won’t let it go. I really need to delete my Facebook.

No progress whatsoever on writing these days. After the overwhelming non-success of the last book, I think maybe I should buy the next PlayStation and just work on that for the next ten years, like I did from 2001-2010. Good thing I can’t actually find one. I’m trying to get back into playing bass again, so that’s good. I bought a Palmer Bass Pocket Amp which is a great piece of kit for practicing with headphones. Now I just need to get back up to speed on it.