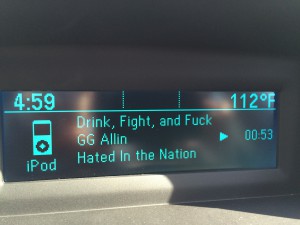 I planned on blogging more from KonCon in Las Vegas last week, but I didn’t, because I am lazy. I probably should write a synopsis of the trip, but the TL;DR is that it was way too fucking hot – usually at or above 110 each day, and even hours after the sun set, it was still above 100. So that’s why it’s so cheap to go in July.

Someone asked me for some advice on Vegas while I was gone. I have not spent much time there in years, and everything I mentioned in my book about Vegas is largely gone. But my response to this question in an email is an interesting companion to the trip itself and my thoughts during it, so I’ll just leave this here for your amusement.

Thoughts?  Leave ’em in the comments.