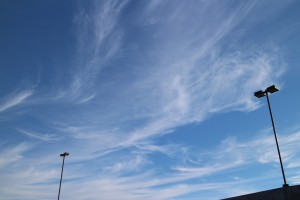 I could not sleep a week ago, and woke up in the middle of the night, nauseous from the heat. I went downstairs to sit on the couch with the iPad, and pulled the trigger on an Amazon points subsidized purchase of a new camera, something I’ve been eyeing for a bit.

This was the much-criticized Canon EOS-M, which is an odd cousin to Canon’s DSLR line. I wanted to get a replacement to my Rebel XS, and wanted to stay in the Canon ecosystem because of the half-dozen lenses I already own. I thought about waiting to get either a higher-end crop sensor DSLR (60D), or a lower-end full frame (6D).  But the EOS-M got stuck in my head, so that’s what I did.

The EOS-M is Canon’s first mirrorless, and is essentially the 18.1 MP sensor from their APS-C cameras, crammed into a tiny case the size of a point-and-shoot.  It’s mirrorless, so there’s no optical viewfinder, and no clacking mirror with each shot. The standard Canon interface is also gone, replaced with a touch-optimized UI designed for the nice capacitive-touch screen. The switches are simplified, and the flash is gone. It’s an odd hybrid, like putting a Corvette engine in a Chevette.

The thing is, the camera got a lot of bad reviews when it cost almost $1000.  People complained about the autofocus, the odd UI, and how Canon missed the mark. They subsequently dropped the price dramatically, and the bottom line is you can now buy something that theoretically takes pictures like an $1800 7D, for only about $250 for the body only.  The camera uses a screwy EF-M lens mount, but for about $60, you can get an adapter and use all of your EF and EF-S lenses.  (Or you can get a cheaper adapter and use any old FD or Olympus lenses, if manual focus is fine with you.)

I grabbed the camera with a 22mm prime kit lens, the adapter, and an extra battery.  My first impression is that it’s adequate for taking snapshots, and once you get the hang of the menus, it’s a competent substitute for a DSLR, as long as you lens up and get a decent zoom on it. The big advantage is it doesn’t look like you’re hauling around a DSLR, and the camera you have is always better than the camera you don’t have when you’re out and about. (Probably the reason my iPhone is my “best” camera these days.)  Of course, it looks somewhat stupid to have a 300mm zoom the size of a Subway foot-long hanging off of the end of a tiny thing as big as a deck of cards, but it works well.

One interesting thing to me is that this camera supports Magic Lantern. This group of hackers has created a new firmware that sits on top of the existing Canon software, and gives you tons of extra features and switches and configuration parameters, along with an alternate viewfinder and a second menu system. It’s essentially like jailbreaking a phone and adding a new UI alongside the old one, unlocking tons of features. The whole idea that a camera contains an entire computer is baffling to me, but the concept of reverse-engineering it and slapping in new features is absolutely amazing. I added Magic Lantern, a fairly easy process – you just download it, put it on an SD card, then tell the camera to update its firmware, and you’re done. The two features I like are “magic zoom” and focus peaking. Magic zoom shows a 3x enlargement of the focus point, which is good because I’m slowly going blind. Focus peaking shows a cross-hatched fill pattern in the viewfinder where the camera is focused, which is also helpful.

Oddly enough, Canon fixed the slow autofocus in a firmware update, which is also real Star Trek technology to me, the idea that what you bought isn’t what you get, and they can fix a broken feature on the fly. Also dumbfounding to me is the idea that Canon lenses can have firmware updates. Within the barrel of even a cheap image-stabilized Canon zoom lens is a RISC processor probably more powerful than the PCs I first used to learn how to program.

I don’t remember how much my first point-shoot digital camera cost in 2000 – I think it was around the same price, maybe a little more. But that camera (an Olympus D0460) took pictures that were 1280×960 and looked pretty cheesy, very poppy colors and obviously a low-end camera at the start of the digital age. The new one shoots at 5184×3456 by default, with incredible sharpness and colors, and it has a wide array of lenses to do everything from macro to high-speed zoom. It’s been 14 years, but it amazes me that basically the same price point can offer so much more now.

Also, the big thing this camera does that my other ones don’t is video. It’s capable of full HD video, 1920×1080 at 30fps or the more film-like 24fps. And because of the sensor size, it’s taking much more incredible video than a camcorder or phone could. I have no idea what I want to do with video, but I want to do something, and I’m scheming along those lines now.

Anyway, it’s a fun little toy. Now I need another vacation to Hawaii to get some more great shots there.