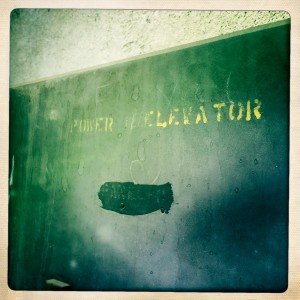 I have been trying to finish this next book. I usually write 500, 1000 words a day, and the last few days have been 3000, 4000 word days as I rush to complete this thing before vacation. I had a goal, according to my outline, of 55,000 words, and I hit that yesterday, but the story’s not done, maybe another five or ten thousand left to go. And this is just a first draft, to get the bones down. The writing itself is a mess, and will require a lot more work to even it out. This book is a huge departure for me, the closest to a genre book I’ve ever written, very plotted and end-to-end linear, about as Hollywood as I could possibly get. That leaves many question marks about what to do with it when it’s done, but I’m excited about its potential. I’m also blotto from the tail end of a huge sugar high and have consumed far too much caffeine for the day, so that’s an issue.

I leave for Germany in four days. I am entirely unprepared. I have to pack and figure out what I’m doing, and I feel like I won’t have enough time once I get there. I basically have two days in Nuremberg, then a travel day and three days in Frankfurt, then the travel day back. There’s two full days of flying and airports in there. I have new noise-reducing headphones. I hope they work.

I just read Circuits of the Wind, a three-part novel by old friend Michael Stutz.  (It’s actually now available in an omnibus single-book edition, too.)  I’d read parts of the book years ago, as he was sketching out a mad volume of pages about early net life, but never envisioned how it would all fit together in a massive arc from a 70s childhood before the dawn of video games to the era of the hacker scene and modem BBSes on up to the birth of the internet and the early 90s web explosion. Stutz is a solid writer, a master of the long Kerouacian lyrical style, knitting together observational sketches of deep detail and strong emotion into a longer, flowing river of nostalgia and history.  It was a fun read, but knowing that he probably cut thousands of pages from the final product makes me wish I had a ten-times-longer version to wade through for weeks.

I still don’t know where I’m going with the writing, although I’ve been very productive as of late. I have so many different projects piling up in the background, ideas that are waiting to mature on the vine. But one of the things I keep pushing back is the idea of a giant nostalgic work like Circuits, something that explores the deep emotional k-holes I sometimes dive down when digging through old emails and archives. I did this in Summer Rain to some extent, but I feel like I could do better, do more.  I have a few different half-assed attempts sitting up on blocks, but feel like to do it right, I’d need to start with a real outline, at least a roadmap for where to go and an idea for how the whole narrative would work, so I could dig in and start sketching the thing out.  This is a huge undertaking though, and I’m half afraid if I would try it now, I would just be aping Circuits.  But there was so much resonation in that book, I told Michael that the one major problem I had, which is also the biggest compliment I could give, was the number of times I had to stop and tell myself, “damn, I wish I wrote this book.”

I also have these heavy nostalgia trips about two other eras: my time in Seattle, and the period of New York right after I moved to Astoria. Both of these are periods that always come up in dreams, which is a sign that they’re knocking around my unconsciousness too much. They are also parts of my life where I was incredibly alone, and felt a great need for something to happen.  I wrote a lot during both the 1995-1997 and 1999-2001 periods I’m thinking about, and there were periods of dating and friendships, but there was also some horrible, unchecked depression and complete despair about what direction I was going in life.  That makes it a lot like the 1992 period I wrote about in Summer Rain, and makes me think it’s worth mining for fiction.

Another common theme of all three of those periods were they were specific eras in the development of the internet and the culture surrounding it.  1992 was this precursor, when those of us on college campuses had rich internet interactions with telnet and FTP and usenet and irc and electronic mail, digging into online culture and meeting people at other schools through listservs and chat rooms.  By 1995, when I got to Seattle and started at Spry, the web startup era was in high gear, with URLs appearing on ads and products, web browsers like Netscape popping up, and startup culture in full gear, everyone scrambling in the first big land grab for cyberspace.  In 1995, I thought I could help change the world and help form an online utopia; by 1997 or 1998, I saw the world was nothing more than a Dilbert comic strip, and it was all becoming corporatized and diluted, the usenet and telnet era of the beginning of the 90s gone.  And then in New York, in 1999  onward, I worked at Juno, the next era of democratization of the internet, moving from the eccentric tech nerds with expensive home computers to the time when millions and millions had the internet. Another big boom of startups happened, but much more mature and high-stakes.  And it went from dumb corporate culture to behemoth corporate culture.  And then NASDAQ crashed, big mergers happened, big Enron scandals happened.  Cue 9/11 for the end of that story and the beginning of another.

I don’t know how to link all of this together yet. I have vague ideas.  I don’t know if anyone would read it.  And I’m rounding third base and trying to run out the throw to the plate on the first draft of this other book.  And where’s my passport?  How many pairs of socks do I need to pack?  How warm is it in Germany?  How do I convert Celsius into real degrees? Busy, busy, busy.