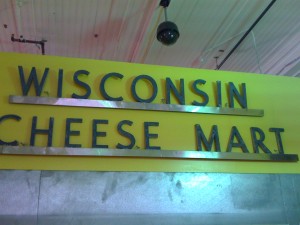 I miss the days when I didn’t use wordpress, because back then, my entries didn’t have titles.  I found it much easier to start brain-dumping babble onto a page when there wasn’t a blank title forcing me to somehow compose my thoughts into a single linear article or whatever.

So I just got back from a quick unannounced trip to Milwaukee, for a family funeral.  I’ve had three relatives die in the last two weeks; both of my wife’s grandmothers, and then my aunt.  I don’t like to write about family stuff, so I won’t, but there’s a lot of that brewing right now, which is not conducive to me sitting down and banging out the next great American novel.

I’m used to being in Wisconsin over the winter holidays, so being there during the end of summer seemed a little atypical to me.  Whenever I travel, I always wonder if my allergies will get better or worse, and it’s completely nonsensical.  For example, earlier this year, my allergies were horrible in the UK, bad in Hamburg, and almost nonexistent in Berlin, despite very similar weather in all three.  So I figured it would be a crapshoot on this trip, especially if I spent the majority of my time sealed in air-conditioned climates.  Unfortunately, the allergies hit me hard, and even at peak allergy drug use, I wheezed and hacked with blurry vision and reddened eyes.  Oh well – win some/lose some.

While on planes and in airports, I read two books that affected me, with different results.  First, I read that new bio of David Foster Wallace.  It was mixed, a bit fluffy, and uneven, with too much detail on dumb personal habits and not enough details on things like writing process.  I appreciated some of the information on the writing of Infinite Jest, but I swear if that dude mentioned one more time how Wallace liked to drape his wet towels over furniture, I was going to open the emergency exit of the 737 and throw the god damned thing out into the jet stream.

One of the things that bothered me the most about the book was that Wallace was undeniably a genius, which caused me far too much to think about how much of an idiot I am.  It made me wish I could go back to 1989 and not fuck around in college and get into grad school and start writing early and get an MFA when it cost as much as a large car and not as much as a large house.  There’s this huge force sitting square in front of me telling me it’s too late to do any of these things, and it’s the same force that tells me the 19 different projects I should be doing, which causes me to lock on doing any of them.  Couple this with a piss-poor reception to my latest book, and this constant thread of people around me dropping dead, and it gives me The Fear in a major way that I’m moving in the wrong direction with all of this writing shit.  It’s a demon that needs a serious beat down, and I’m just barely smacking it with some wet spaghetti.

I also read Pynchon’s The Crying of Lot 49, and that blew my mind.  It’s a nice short 150-page dose of his craziness, with incredible density and a plot that packs a lot of disparate ideas into a little book.  It made me want to sit down and bash out something like it, except I’ve already got at least two projects underway, and no time to work on any of them.  The thing that I liked the most about this book was the title, and how it was almost a plot device in that I wondered what the hell it was, and I didn’t find out until pretty much the last page of the book.  That’s a sneaky way to pull you through a plot.