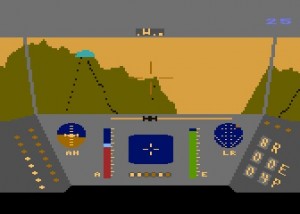 I’ve been in the post-book-release period of my writing cycle where I don’t know what I’m doing next, and I don’t know what I should be reading, so I start poring over non-fiction, usually some junk science book.  Specifically, it’s that James Gleick book Chaos, which is about chaos theory and the butterfly effect.  I mostly read stuff like this to pour random facts into my head with hopes that I’ll go off on a tangent in some wikipedia-reading frenzy and end up finding the pieces of my next short story.

Part of the book talks about Benoit Mandelbrot, who once said this:

Science would be ruined if (like sports) it were to put competition above everything else, and if it were to clarify the rules of competition by withdrawing entirely into narrowly defined specialties. The rare scholars who are nomads-by-choice are essential to the intellectual welfare of the settled disciplines.

That got me thinking about genres, and writing.  I’ve been knocking against this invisible wall with regard to genres, because I don’t really fit into any one category.  And every self-publishing make-money-fast scheme online talks about how you need to market yourself by finding your niche and building your platform to sell to that slice of the reading public.  Every person out their schlepping their own advice on publishing will tell you about the importance of hitting up the forums relevant to your category.

That’s a big part of the problem.  I don’t read a lot of straight genre fiction, because it bores me.  While I like picking at the edges of the science fiction genre, I find the die-hard stuff to be so goddamn serious.  I can’t stand fantasy.  And romance and thriller aren’t even on my radar.  The books I like are combinations of different things, or aren’t representations of the category as a whole.  Vonnegut wasn’t a science fiction writer per se; he sometimes fell into that category, but his stories had a humor you aren’t going to find in the typical outer space robot book.  Burroughs had the same distinction.  Was Hunter S. Thompson a journalist or a humorist or an essayist or what?  And Mark Leyner wasn’t literary fiction, but he wasn’t general fiction, either.

The big issue is that when you define success as straight-up numbers, nothing but copies sold and dollars taken in, you’re competing more than you’re creating.  You’re not going to push boundaries or do what you truly want; you’re going to stick to that same narrowly-defined plot structure that everyone uses to maximize the number of readers you can satisfy.  You’re going to think of how to market a book and then write it, instead of creating what you truly need to create as an artist.  It’s like the difference between a painter like Jackson Pollock laying his soul and his inner demons onto the canvas, versus someone being handed an RFP by a hotel chain for a thousand identical paintings that meet certain requirements.  When you write for the market, you may sell, but you probably won’t innovate.

I don’t want to dole out yet another hero’s journey monomyth novel because I can plug it by saying “it’s like <current hit> but with <other thing people like>”.  I feel like I need to continue down the path I’ve followed with the last few books, but I also feel like it’s okay if I suddenly want to write some non-fiction, or a book of essays, or whatever else.  I’d hate to wake up someday and be told I can only write dystopian literary occult police procedural fantasy fiction, or that I couldn’t do what I want because it won’t sell.  Life’s too short to back yourself in a corner like that.