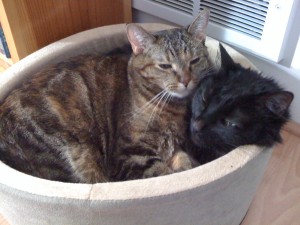 I haven’t read Mashable in a while, and for whatever reason, decided to re-add it to my RSS reader.  Within about five articles, I suddenly remembered why I stopped.

First, half of the articles were link-bait about various {Apple_Product}-killers.  Like there was an article about how damn neat HP’s new “answer to the iMac” was, despite the fact that the last iteration of the iMac came out in 2009.  But the tipping point was this article about how “curators” are the new creators, which makes no sense, but it makes total sense because in about ten seconds, everyone’s going to be trying to get rich quick fucking around on Pinterest.

So I unsubscribed, and then a day later, The Awl published this great article: http://www.theawl.com/2012/06/you-are-not-a-curator-you-are-actually-just-a-blogger which sums it up exactly.  This.  Times a million.

I started using the web in 1991, when it consisted of nothing but the office hours and phone numbers of everyone in our computer science department.  By 1993 or 1994, there were a few thousand web sites, but something like one percent of them were actual dot-coms, because you couldn’t buy anything online, and putting up a web page for your company wasn’t a requirement.  The ISP floodgates hadn’t been opened, so for the most part, all of the content of the web was academic, either universities or people who went to universities.

I remember though, in the summer of 1994, being amazed that some high percentage of web pages out there were nothing but lists of links to other web pages.  This was before blogs, and most home pages were nothing but a big list of what was cool on the web.  This frustrated me, because I was just starting as a writer, and I wanted to do something different.  I wanted to actually create content, but I didn’t know what.  I was obsessed with Coca-Cola and created this Coke web page, wrote a FAQ and a timeline of the company.  I guess this is when I discovered I’d rather create things, but it also made me aware that there was a huge industry in people who would simply list the things they liked.

And this became a big business when a couple of guys at Stanford decided to publish their own web directory and turn it into a company.  There weren’t search engines yet, just these lists of links, maybe organized into categories or some other taxonomy.  These guys named their company Yahoo! and suddenly this hobby of making lists of links became the industry of Web Portals.  In the mid-90s, sites like Lycos and Excite came online, and this concept of writing content that wasn’t content became Serious Business.

There was content creation at that time; all of the news organizations were trying to figure out how to dump stories from dead trees to something that would drive traffic.  And then online ads started, and online shopping, and then pictures and video and you know the rest of the story.  But at that time, from maybe 1995 until the bubble burst, Web Portals became huge.  If you had the right kind of tie and haircut, you could walk into a venture cap firm and tell them you were creating a Web Portal, and they would hand you a seven-figure check.  All of the ISPs came into being: AOL, Prodigy, CompuServe, Netcom, and all of them wanted some kind of portal to hang in front of their users.  Back then, you paid by the minute to use the internet, and they wanted to you fall into a deep hole of news articles and bulletin boards and online recipe books and whatever the hell else would cause you to turn off the TV and get locked into “CyberSpace”.

So I’m at the bottom of the food chain at one of these ISPs, and that cycle I saw a few years before of content versus linkers was huge.  I chipped away at my own web pages, but I also saw a world of Grade-A douche nozzles who went to the right Ivy League school who were suddenly “Changing The World” by “Building The Information Superhighway”.  They weren’t creating anything; they were shaking the right hands and wearing the right suits.  They were creating nothing but houses of cards, and every person and their brother suddenly thought, “hey, I can’t create shit, but I can cash in on this.”  And when everyone tried, they all pulled out a card from the bottom of that house and it collapsed.

These cycles repeat themselves.  Blogging was “invented” in the early 00s, and there were a chosen few who actually created things, wrote stuff, but the bulk of people didn’t create; their blog entries were just links to other blogs.  Twitter started, and then a huge plurality of Twitter traffic became nothing but people retweeting what they saw that was clever.  Same with Tumblr.  Same with Pinterest.  The line between creating and curating got blurred, until the curators thought they were the creators.

It always reminds me of when I worked at software places where the marketers said they “created” a product, when I knew they didn’t write line one of code.  They may have helped define what went in the product, but it was like going to McDonald’s, ordering a #2 with no pickles and a Coke, and saying you “created” the meal.  Curators get the credit.  And they get the money – when a site like, say, BoingBoing reposts a bunch of stuff they find on the internet and run ads at the bottom, they aren’t slicing up that ad revenue and giving it back to their sources.  Yes, they have to power the servers and pay the web developers and ad sales people and it takes work to find the stuff to post.  But I’d guess that the curator is making the lion’s share of the profit.

A lot of this may sound like sour grapes, and I guess it is.  I became a creator because I had a certain personality, a certain temperament.  Maybe I had the creativity too, but it was mostly because I didn’t have the extroverted personality that made people pay attention to me in some Don Draper-esque way.  I was the opposite of that, which is why I kept to myself and created.  And I guess if I was the opposite of me, I’d have the skill-set to sell ice cream to Eskimos, or sell a web log filled with things people should read to a bunch of people who have 8.6 billion things to read a click away from them.

At least I’m not an actual Curator, a person who went to school for twenty years to learn how to run a museum, who suddenly had every idiot out there looking at wedding dresses online saying they were a “curator”.  Right?

3 replies on “Curators Versus Creators”

Miss Poly always prided herself on her original content.

Poly was a curator, of pork products.

Being almost computer illtierate, that was a real history lesson for me – thanks.