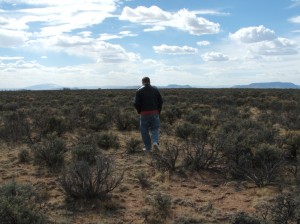 So I finally saw the movie Into the Wild last weekend.  I’d read the book a while back, and was curious how they’d make a movie out of it, but not curious enough to actually go to the theater.  (I also think it came out around the time we were in a mad rush to leave NYC, but I don’t remember.)  I’d also heard at the time that Sean Penn took many liberties with the story, and I had some worries that he may have gone a little too pretentious with the thing, so I forgot about it.  I don’t exactly remember why we decided to see it; I think it was a special deal on Amazon Prime or something.

I do like Jon Krakauer’s writing very much.  It always reminds me of Seattle, because the summer that the Into Thin Air Everest expedition happened, I had just started working at this place in Seattle where one of the dominant workplace cultures was mountain climbing.  I think all of the company founders had scaled K2 and Everest and were on the board at REI, and everyone there had high-tech backpacks and carabiner keychains and dressed in layers of goretex and had those clear plastic water bottles.  I think some folks there knew one of the guys killed in ’96 on Everest, and I remember the Krakauer article spiking some controversy in the hallways and break rooms.  I didn’t read ITA until much later, I think the summer of 2007, but I remember the CNN news reports at the time of the events.

The story of Christopher McCandless is certainly an interesting k-hole to fall into.  There’s a lot of stuff online, even if you don’t read the Krakauer book.  The brief summary is that this guy graduated college, and then, disenchanted by the modern world, decided to drop off the grid, start hitchhiking around the country, working odd jobs, and exploring nature.  The ultimate goal was to vanish into Alaska, live off the land with minimal equipment, and just be.  Spoiler alert: it all goes wrong, and he ends up starving to death in an abandoned bus twenty miles from civilization.

Prior to the movie, there were two primary arguments about this guy, who went by the nickname or alias “Alexander Supertramp.”  One was if he was a genius or idiot.  A lot of people think it’s a highly romantic story, this modern-day Thoreau, going against the one-percenters or whatever, and getting back to nature.  And there are a lot of outdoors types who think you’d have to be a fucking fool to go into bear country with only a .22 rifle and no solid knowledge of what the hell to do, and that this was nothing more than suicide, plain and simple.

The other argument was that in Krakauer’s book, he presented the theory that McCandless was eating the seeds of a plant that was toxic and would block absorption of nutrients, which caused him to starve.  After a scientist called bullshit on this theory, later editions of the book said the seeds may have had mold on them or something.  The alternate theory is that he died of “rabbit starvation”, which is where you eat nothing but lean meat, and your body shuts down because it can’t process protein anymore.  Or he could have just plain ol’ starved to death because he didn’t bag enough game to keep a ten-pound poodle alive.

So, the movie.  First, it’s both beautiful and haunting.  The soundtrack, by Eddie Vedder has something to do with the latter, but the film is beautifully shot, and has lots of scenes of the great outdoors, wide open mesas of the southwest and of Alaska, the kind of stuff that makes you really want to get the hell out and see it in person.  And the story, well, he had to round a lot of corners to get this to work as a movie.  He purposely left out pieces, and fictionalized some of the people Chris met to make it more of a typical Hollywood piece.  While McCandless spent his time in a bus in a mosquito-infested Alaskan swamp, they made the backdrop a little more esoteric and majestic for the film.  The Alaska shown is definitely only a subset of the Alaska I saw when I was there in 2006.  I could see why people would call bullshit on the inaccuracy of the story, but to me, it’s just a film, and I can overlook those flaws.

The part of the film I didn’t like is how McCandless was, for lack of a better term, a bit of an idiot.  I mean, they really built up this stuff about how his parents were assholes and he hated them, and his dad beat them and was married at the same time he started a family with his mom, and it was all a big sham.  That was a little too whiny for me; I don’t know what his struggle was like in real life, or if he had some mental illness issues or what.  Maybe he did, and I can sympathize with that, but the film didn’t do a convincing job for me on this front.

Also, I’m with the outdoorsmen on this one; there’s more he could have done to be prepared.  You can get a copy of the Air Force survival manual for under ten bucks at any surplus store, and just paging through my well-worn copy, I see a million things I would have done differently.  Why didn’t he try to fish?  Why didn’t he light a warning fire?  Why didn’t he look for other ways to cross rivers?  I understand that if he was starving and going nuts from lack of food, he wouldn’t think of this stuff, but it seems like in the long journey before Alaska, he would have thought more about this stuff, and read up on it.   Maybe that’s a bit of armchair quarterbacking on my part, but maybe that’s half the appeal of the story, wondering what you would’ve done differently in his situation.

My biggest question is exactly that: why is this story so compelling?  I know some people see Christopher McCandless as some modern hero, and although I don’t, I keep finding myself googling away, trying to find more information, looking at the site on google maps, reading old articles, thinking about what I’d do if I was up there.  I’m not saying I’m ready to go burn all of my money and hitchhike into the tundra with a bare minimum of gear.  But it’s a serious k-hole to fall into.  Some of it is the nostalgia of that timeframe.  All of this happened between 1990 and 1992, and I have a huge problem with continually going back to that time in my sentimentality trips.  And some of it is that desire to do something completely opposite what I do now, to trade a 30-year mortgage and a day job for a life of reading Tolstoy and gathering berries at the foot of Denali.

But who am I kidding?  I’m not exactly ready to trade in my Four Seasons bed and high-speed internet and start shitting in a trench while being attacked by mosquitos.  I mean, I’ve got 40 acres out in Colorado, and if I really wanted, I’m sure I could buy a shit bus on eBay for a couple hundred bucks and install a wood stove and shelf of paperbacks.  But two minutes into it, I’d want my damn MacBook Pro back.

Anyway, I now need to find my copy of that Air Force manual, and maybe queue up some episodes of Survivorman on the roku box.

3 replies on “Into the Wild”

Alt.survivalism always, and I mean ALWAYS advised an old copy of the Boy Scout manual. Old as in, not so edited and PC'd, not old as in merely used and cheap.

If you google it, there's a PDF of the AF manual out there – can't get a link of it from my phone, but it's an okay read. I have a 600 page version, I think the version the SAR training course version, but the hundred-page one they put in the parachute kit is around online for free.

I got a 1969 Army Vietnam survial guide I picked it up for a $1 at the flea market that probably is even better than your Air force guide. I've been camping for a few days here and there (not since I was a teenager). A few days of that and I've bonded with nature is much as I care to for awhile.