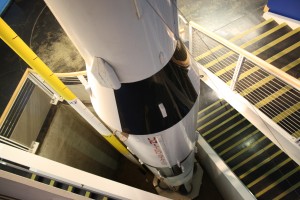 So Facebook recently fucked over its entire interface.  That’s big news and not big news; I mean, it’s been beaten to death in various memes, even though it just happened a matter of hours ago.  It’s big news in the sense that a somewhat-usable product has been made into a much less usable product.  It’s not big news in the sense that we’re all marching to our graves at a rate of an hour every hour, some a bit faster than that, and nobody really gives a shit about various wars and economic disasters as much as they care about the order and sorting of various updates from their friends describing their bowel movements.

What’s interesting to me is how social media sites have changed our abilities to disseminate information.  I’m almost convinced you could film an entire movie backwards, or edit it together so the events happened in reverse-chronological order, because people are so used to following feeds of information like blogs and twitter backwards.  Everyone complains about how twitter and texting is killing the letter or the long-form prose entry, how people used to write long letters, which were replaced by long emails, which were replaced by blog posts, which were replaced by 140-character bursts of information.  And I suppose that’s true.  But I also wonder about people’s ability to glue together narratives from disparate entries of text, and how that will change our perception of reality.

William Gibson, the guy who invented cyberspace, later claimed that we are already in cyberspace.  (He called it everting.) He didn’t mean that we had stupid goggles glued to our head or were immersed into some Tron wet dream.  I think back in 1995, those Lawnmower Man days, I thought there would be a sudden tipping point where computers would get enough horsepower and the right neural tap so that we’d be able to spend time in a simulated reality.  What happened instead is a parallel reality was created, and it slowly became woven into our daily lives, until we reached the point where more of this cyber-reality existed than our actual lives, and I don’t think anybody really realizes it.

Maybe I’m a bad example of this, but the bulk of my social interaction now takes place over TCP/IP.  I work from home, and aside from two meetings a week, I conduct all of my work through emails and chat rooms and bug tracking software and wikis.  And technically, my phones run through VOIP, so those are also funneled through the ether.  I talk to friends in email; I post on this blog; I write twitter updates and reply to Facebook posts; I do pretty much everything online.  I shop online; I sell books online; I post the high scores of my video games online, and prior to cutting my copy of Call of Duty in half because it was consuming all of my free time, I played against and with other people solely through my network connection, in a virtual reality where we blew each other up in deathmatches.

Look at all of the stuff that has been replaced by a digital counterpart: you download songs in iTunes instead of buying a physical CD; you get your software in binary form from an app store instead of a shrink-wrapped box.  All of your photos are JPEGs and TIFFs instead of printed on Kodak paper.  Maybe you haven’t moved to e-books yet, but a lot of people have.  Films?  Tax forms?  TV shows?  Calendars?  Maps?  It’s all another subdivision of cyberspace.  Sure, you aren’t sitting at a digital desk in the Matrix and whipping your hands around in the air to manipulate these objects.  But instead of having this completely separate world you enter by jumping in a holodeck or a VR isolation tank, you’ve got an infestation of these objects peppered throughout your regular blood-and-guts reality.

All of this works, until part of it radically changes.  In the real world, you don’t wake up and suddenly find that every house in your subdivision, instead of being arranged on streets in numerical house-number order, were sorted by their frequency of use or color.  But in a virtual world, you’re at the whim of its maker.  When you get used to consuming those status updates in chronological order and they’re suddenly sorted by some piss-poor AI that thinks it knows what’s most important, you obviously throw a fit.   Another example of this — also this week — was when Netflix suddenly decided it would be a great idea to take their existing service and split it into two parts, which completely upends the decade-old experience of putting stuff in a queue and expecting the discs to come in the mail, by complicating the situation with two entirely incompatible queues, one of them having a bafflingly stupid name.

I don’t know anything about human factors (I’m sure A’s dad could give me a lesson on it) but there’s gotta be a term or a threshold on how people react to sudden changes like that.  But is it something learned?  Will the kids born in 2011 who live a lifetime of CEOs with completely stupid UX ideas making dumb adjustments on the fly instantly adapt when their reality is suddenly shifted?  And how will a generation of people like this change the way companies work?  I grew up in a generation that, for the most part, always had email and always knew how to get on a computer and enter in a URL.  So companies started saying “fuck it – don’t ship a manual; just put the URL on the box and let them figure it out” or “we don’t need to staff a toll-free hotline, just have them email when they need to order new checks/change their password/whatever”.  And I’m fine with that, but the generation before me freaked the fuck out, and every Andy Rooney type started in with the “REMEMBER WHEN YOU COULD GO TO THE BANK AND GET THE TELLER TO HELP YOU” crap.  In twenty years, will I be saying “REMEMBER WHEN EVERYTHING WAS IN CHRONOLOGICAL ORDER?”

2 replies on “Eversion and the mass-hallucination we call life”

I woke up today and Hank's interface totally changed. I had to get a Frankie hack to get Henrey to show me where the bed was. So annoying! Poly said they announced this upgrade, but I didn't smell it.