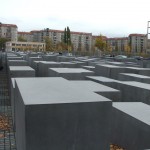 I was in the allergy clinic last week, waiting for my arm to swell up until it looked like it took a Justin Verlander fastball, and I saw some magazine with a cover story about man reaching immortality. I didn’t read the article, because I know there are exactly two types of articles in magazines: 1) “Everything is fucked and we’re all going to die,” and 2) “You really need to buy this random useless gadget, or you’re worthless.” (I guess there is a third type, which is 1+2.)

It’s not an unfamiliar concept, especially if you read a lot of SciFi: eventually, we’ll get to the point where all of the diseases and maladies that currently kill off people will be treatable or curable, and the only way to die will involve motor vehicles with a fast 0-60. That’s not to say all people will live forever; everyone who can afford it will be able to.  Also, maybe there will be some kind of Logan’s Run cutoff date or death lottery or other optional euthanasia scenario which will prevent infinite population growth.  But what I find interesting is that immortality is already available to the ultra-infamous, and we just saw an example of it this week.

So Osama Bin Laden found himself on the wrong side of a SEAL team last Sunday. They installed some additional ventilation to his brain, which had the side effect of stopping his pulse for an indefinite period.  Half the world took the opportunity to get drunk, scream “USA! USA!”, wave flags, and thank the wrong president for a job well done; the other half of the country posted quotes incorrectly attributed to the wrong civil rights leader.  I’m not here to condemn or condone either reaction, except to say that I had a different one, which is to acknowledge that Bin Laden did not die, because at this point in time, nobody of his stature can die.

Before anyone flies off the handle, I don’t mean that OBL was a great guy or anything like that.  What I mean, is that in today’s world, when you get to a level of infamy like he had, there will always be people who insist you are alive, regardless of your body temperature or lack thereof.  Governments are corrupt, and media is worse; we see constant examples of that.  Things get covered up, and conspiracies occur, so any time anything happens in the world, a plurality of people will insist that it didn’t.  People so carefully cherry-pick their news from partisan sources, any time they hear something they don’t want to believe, they move on to another news source until they find the one they agree with.

Case in point: how many people believe Bin Laden really got killed?  I’m not saying the number is down there with the percentage of people who think the Washington Nationals are an awesome baseball team, but it’s not 100%, either.  The government didn’t drop fifty tons of Mk.82 love from 40,000 feet and turn the entire village into jelly, so there was a body, and there was DNA testing done. (Or was there? The fact that I don’t know this off the top of my head sort of proves my point.) But there weren’t rotten.com-style photos released, and the body was quickly buried at sea.  That’s fine by me, but it means that there will forever be doubt in some peoples’ minds about whether or not this really happened.

And there’s a whole list of reasons why people don’t want to believe.  Some think there’s no way that the current president could have pulled off such a coup when the last one spent 7 years burning calories on a quest to do the same thing, but failed.  Some people think the whole thing is an October Surprise situation, a Wag the Dog scheme to bump up poll numbers.  There’s a group who think 9/11 was engineered by the government in the first place, and this dude had little to nothing to do with it, so a scripted end to him brings a false closure to that whole operation.  And who knows what other motives are there for a lack of trust.  But some folks on both sides of the spectrum will insist that OBL did not die on 5/1/11.

This sort of reaction isn’t limited to high-ranking terror suspects.  Did Tupac die?  You’re a google search away from his autopsy photo, but “tupac alive” also gives you four and a half million results.  What about Michael Jackson?  JFK?  Elvis?  People elevate superstars in their mind, making them larger than life.  When that life happens to end, the legend continues, and that dovetails nicely with a media that prints anything for money and a political system that does the same.

So now the White House wrings hands over whether or not to release some death photos.  But peoples’ minds are decided.  They could cart out that corpse during sweeps week on Dancing with the Stars and it would get a twenty share and people still wouldn’t believe it.  The Navy could personally bring his dead body to your doorstep like Ed McMahon with the Publisher’s Clearing House cardboard check, and you’d still say, “I dunno – looks fake / you could put that beard on any homeless dude.”  I know the dude’s probably dead, and to me, that’s not a bad thing, but the speculation will continue forever.

And I can see why they did a burial at sea.  I was in Berlin a few years ago, and I did not seek it out, but I walked past the spot where Hitler’s bunker once existed on my way to Potsdamer Platz.  They’ve since put up a sign, but at that point, the Fuhrerbunker was underneath a Chinese restaurant, and nobody was in a hurry to mention it to anybody, for fear that every skinhead with a passport would show up to turn the place into a Neo-Nazi Graceland.  People get weird about stuff like that.  When I lived in Seattle, people still cruised past Kurt Cobain’s old house, looking to get a glimpse of the garden house where he offed himself.  (It’s gone now, BTW.)  And I just recently wasted too much time on Google Maps, trying to find the spot in my neighborhood where Black Panther Huey Newton got gunned down in 1989.  (The exact spot on the sidewalk where he died now has a sign warning you of the speed bumps on the street. Unrelated — or is it?)  I could see the reluctance to having a burial which would become a monument to whatever followers might still be knocking around decades from now.

At any rate, this all shows we’re at a weird time in history.  It used to be you remembered where you were when you heard about things like this. Now, when something monumental goes down, chances are you’ll first get the news on the computer, which will make all of these events blend together.  And when it happens, people will flock to Google Maps to find the death site; they’ll reload their twitter feeds over and over to get the latest distorted quotes and unvetted news.  Back when I was a kid and a space shuttle exploded or a president got capped, even the pre-emption of all three TV channels brought little information.  Now, there’s too much, and we only believe pieces of it.  Not sure which one’s worse.

[2020 update: wow, not to get political, but this got way more horrible in the last ten years. I never thought we’d get to the point where like half the country thinks the world is flat, but here we are.]

One reply on “The Death of Death”

I read somewhere that one of the top Google searches right after his death was announced was "Who is Osama Bin Laden?"