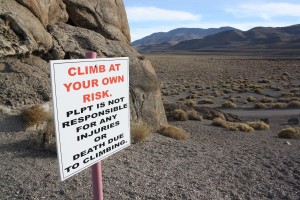 OK, first, slot machines – I have a mixed opinion.  I know they require no skill or thought.  I go to Vegas with a bunch of people that have about three PhDs’ worth of math classes between them, and to say they’re involved poker players is like saying George S. Patton knows a bit about mechanized infantry.  They, of course, frown upon the one-armed bandit, as there’s no strategy and you can’t beat the odds.  But usually when I’m at the point when I’m in a casino, I’ve been awake for days and am completely brain dead, and pressing the “repeat bet” button over and over every five seconds is about the only strategy I can mentally afford.  If I’m lucky, I break even.  This time, I hit some mystical combination of symbols and wildcards that gave me something like $106.  I then quit, and moved to a video poker machine, where I turned $20 into $26 over a period of about 45 minutes, which isn’t stellar, but is much better than turning $20 into $0 in four seconds.

In my quest to do anything except write to force myself to eventually write, I bought a new bass guitar at a pawn shop in Reno.  It is an Ibanez and it’s red and has P/J pickups and an incredibly thin and fast neck.  The pawn shops in general were slim pickings, a bunch of beaten Chinese Fender clones and the occasional Squier for $20 below list price.  But in a place with a giant wall of assault rifles, I found this single bass hanging, and once I felt the low action, needed to buy it.  I talked them down $50 on the price, and then it was mine.  I’ve probably played it ten hours since I’ve been back, and I’m very happy with it.  I’m still obsessed with this game Rocksmith, and started buying all of the songs in iTunes, because I’m not well-stocked in Pixies and Black Keys albums.  (This game is very heavy in bands beginning with “The”, including -White Stripes, -Strokes, -xx, -Horrors, and probably ten others I forget.)

When in the hotel, I had this incredibly detailed dream involving baked cookies, and then woke up and there were no cookies.  S took this as a cue to bake a batch of cookies yesterday, and I’ve eaten so many of them, I think I’m going to puke.  They’re good, and that’s the problem.  I have to go to the dentist later today, and I think instead of brushing my teeth just prior to my cleaning, I will eat as many cookies as possible, so I know I’m getting my money’s worth.

Although I have not been writing, I’m on the verge of publishing John Sheppard’s next book, and someone just asked to use one of my pictures from Germany for a book cover.  Coincidentally, my last book used a picture from the same trip.  And I had a similar dream experience in Berlin, although it did not involve cookies.  We’d landed in Berlin after a hellish day of flights across Europe, and got to the hotel well after dark.  We set up camp in this Hyatt, and I went to bed with the drapes closed.  My dreams involved a massive suite of a hotel room, with a wall of glass overlooking a terrace that stood at the top of this massive and modern city, like a scene from a movie.  When I woke up, I pulled back the drapes, expecting this incredible cityscape, and found our room actually looked out at a concrete Daimler office building that was only a few feet away.  The rest of the Berlin trip was great, but that single post-dream moment was a huge letdown.

I mentioned a big lake.  It was Pyramid Lake, and I was going to start talking about it, but then did a wikipedia check, and it turns out that every fact I was told about the lake by one of S’s relatives was half wrong.  Like, I was told it was a freshwater lake, but it’s not.  And that it was the filming location of The Ten Commandments, but it was actually The Greatest Story Ever Told.  So, I guess I don’t have any stories to tell.  I took some pictures, but I’m finding I have far too many pictures of desert wasteland, probably as a result of owning 40 acres of it.

I am itching to get another book out, even though the next one is only half done.  Part of me wants to take a bunch of my choice photos, and put a bunch of my archived tweets on them in Helvetica, and release a hipster-esque book, but I know nobody would buy it.  Maybe I will anyway.

It’s two days before thanksgiving, and I find myself in a deluxe suite at a casino in downtown Reno, which is roughly like staying at the standard room in one of the third-tier off-strip places in Vegas, but it’s not bad. Reno’s like a 1970s Vegas, one you can traverse without a car or fear of heatstroke, one where all-you-can-eat buffets are still a novelty. If you need a social and economic barometer to the climate here, this hotel has a free wifi connection that did not require me to provide an email address, retina scan, or colonoscopy to log in. It didn’t even ask me to check a box saying I agreed to their terms. That’s saying a lot, although I don’t exactly know what.

I ate dinner at a strange Basque restaurant that looked like a tavern in a gold mining town, where a heavily tattooed woman didn’t even ask for our order, just started bringing out trays of food. We’re here to see relatives, my wife’s relatives, but also to escape the ghetto and enjoy a few days of different scenery, a different bed, a different set of cable channels. There are no real plans, aside from the usual caloric marathon, and I will probably end up at every pawn shop downtown, looking for that elusive vintage Fender bass that someone’s accidentally priced at twenty dollars, which will never happen.

I haven’t been writing lately, but I’ve been playing bass almost constantly. I’m not any good, but the fingertips are toughening, and I feel like I’m more serious about it this time around. During my first tenure on the four-stringer back in the late 80s, I don’t remember ever practicing like this. I log the hours, use a metronome, play the scales, do the chromatics, stretch the fingers. F to A#. 123-234-456-654-543-432-217-1. Over and over and over. I’ve been playing Rocksmith, playing on Songsterr, playing through an instructional book. I want a new bass, but I’ve told myself I have to keep at it to justify the purchase. Until then, I cycle through eBay incessantly. This holiday will mean four days away from it, which seems like four days too long.

When we get back, a month of 2012 remains. I am maybe halfway through the next book, still untitled, still chipping away. I didn’t bring the book with me, didn’t bring my computer with me. I’m chipping away at this on my iPad, with my little bluetooth keyboard, which actually works well. I might try to free-write some of the crud out of my subconscious into the little screen while I’m here, and maybe something worthwhile will land here.

I’m avoiding the casino, not that much is happening down there. It’s very quiet, almost nobody around. A skeleton crew works the floor and the front desk, bored kids stuck in town, acting far too nice and being far too helpful. I think we paid $40 a night to stay here. It’s newly renovated, very modern and corporate and not at all like what you’d expect from an old Johnny Cash song about the place. Most of Reno has that look to it, that sense of despair, the motels with weekly and monthly rates, the beat places that will loan you enough money to do your laundry if you sign over your car’s pink slip. There’s a lot of “the dream is dead” if you travel a very short distance from the neon of downtown, but of course the scenic view of the river from the deluxe rooms screens that away a bit.

Anyway, it looks like it will be an interesting turkey day.