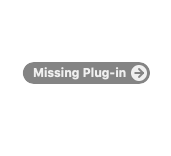 I logged into my Mac the other day, and got a popup for Adobe Flash. Over the last few decades, I’m used to these coming up every other week to annoy me about updating to the latest version. This time, it was almost sad, because it told me to uninstall the Flash plug-in completely.

I always had a mixed relationship with Flash, long before it was bought by Adobe and it was still Macromedia Flash. I think part of it was that it seemed to suddenly become the cool new way to develop content for the Windows desktop, with suboptimal capability on the Mac, and dodgy support on Linux, all authored in a proprietary studio that cost too much. I was a Linux-only user, at least at home, from 1992-2005, so that covers most of the salad days of Flash, and pushed it pretty much off my radar.

I actually spent the first part of that timeframe avoiding graphical browsers as a whole, only using Lynx or Emacs/W3 from home, which seems ridiculous now, but I had a slow modem and an even slower machine back then. When I did finally upgrade to slow DSL and an actual Pentium, I was the type of contrarian who did not want to add plugins, downloads, players, and other overhead to my machine. Also, as an early adopter of the web, I was aghast that people wanted to use Flash as a UI replacement inside the browser. There were sites that simply loaded up a .SWF file and opened it across the entire web browser window, presenting all of their own navigation and UI within the app. It seems like every crappy metal band did this in about 2004. I’m sure if you visited the Queensrÿche web site back then, it would have had a “front page” Flash file that animated a bunch of burning flames or dragons or something, along with blocky icons of their logo you had to click to actually see anything. On my Linux web browser, it would be a giant blank page with a broken-document icon in the middle, which I’d hopefully be able to click to get to Page 2, but sometimes that didn’t work, either.

Jump to much later, and Flash became center stage in the mobile wars. I worked on Windows Mobile and Android phones, which both (sort of) supported Flash. But I owned an iPhone, which didn’t. This was always a point of derision for Android fans, who would pull up some random statistic about how the 24 million people playing Bubble Blaster 7 would never buy the iPhone. Steve Jobs wrote an infamous open letter about this in 2010, about why Apple refused to support Flash. At that time, it seemed almost unfathomable that in a distant universe, nobody would be using Flash. But it was a horrible battery hog, and didn’t have a great story for working on mobile devices with a touch screen. And a big reason for that Jobs manifesto was that an iPhone Flash player would always be second-class, compared to the native Apple UI. The Windows player would be faster, work best, and have the most updates. Go further down the hill, and the Apple version of the player would have some subset of functionality, and everyone would bitch at Apple because Marble Monster 3 didn’t work on the iPhone.

I think Flash quickly fell by the wayside a few years into the 2010s, although I don’t know when. At some point, Safari either didn’t come with the plug-in and you had to install it, or maybe it was there but not turned on by default, and you could turn it on per use. iOS had an app store and real apps, and that was that. Windows Mobile died. After two or three years of Android users saying the iPhone would fail for not supporting Flash, Adobe killed Flash on Android in 2012. I haven’t actively thought about Flash for years, until I heard about the EOL.

There’s one random memory about Flash that makes me miss it. In the summer of 2007, I was trying to figure out what to do with my life, attempting to maybe re-curve my career. The lack of tech writing jobs (in Denver, anyway) made me want to become a developer, but I couldn’t decide on a language or skill set. I was doing some Ruby on Rails for a friend’s company, but my wife worked for a marketing agency, and they doled out big chunks of cash to “interactive” firms who did web sites, usually with Flash. I can’t draw, but I knew enough JavaScript that I could figure out ActionScript, and assumed the rest of it was just finding the right book or tutorial or something.

I think I did buy the Dummies book at the Borders (RIP) in Stapleton and gave it a once-over with the 30-day trial of the software. The studio or whatever it was called was pretty straightforward, and I never developed any muscle memory for doing anything in Flash, but I was able to kick the tires and do the basic example projects. This quest pretty much ended at that point, and when I found a copy of Flash CS3 cost 700 bucks. But it was fun screwing around with a head-bouncing-around-the-screen demo and a pick-an-answer trivia game.

I still have a copy of those SWF files and it’s oddly nostalgic and bittersweet to see them now. Not because they’re useful or I regret not entering a career of being an interactive designer (or whatever), but because it reminds me of that summer, my first months in Denver, and everything else that happened in 2007.

Anyway, RIP Flash. Hopefully someone comes out with a good emulator ten years from now so all of the GenZ kids can remember Gem Shooter or whatever they played as a kid.