If you haven’t bought the new David Lynch book Room to Dream, get off your ass, man. It’s good stuff. The way it works is that one chapter is straight biography by journalist Kristine McKenna, and then the next chapter is autobiography by Lynch, recalling various memories about the period covered in the previous chapter. So you have a good authoritative biography, but you also get the conversational style of DL going off on crazy tangents. 500-some pages, lots of photos, lots of text. I’m not done yet, but it has been great so far.

(I’m going to ignore all the political back-and-forth that came out of an interview he did recently. If you’re into that sort of thing, look it up. I’m not.)

The book makes me think about what films of his I’ve seen in theaters, where I was when they came out, when I discovered them on tape, etc. I’m too young to have seen Eraserhead in the theater, at least in the first run. I was looking back through old journals recently and found the one I wrote when I first saw it on tape – I got so excited about it, I wanted to go buy a film camera and make my own movie. I also remember when Lost Highway came out on video tape, I rented it and watched it over and over. I didn’t get it during most of the first viewing, and then at the very end, it clicked and was a “holy shit!” moment, and I immediately had to rewind and watch it over, and that went on all weekend. Never saw Mulholland Dr. in the theater – it came out right after 9/11, a confusing time when I don’t know what I did. Anyway.

Weird trivia – I am exactly 25 years younger than Lynch, to the day.

I should probably try to re-watch Dune this weekend, while I’m delirious from the heat.

i had a dream last night that i was taking an autocad class in the basement of a methodist church, taught by chef robert irvine and david lynch.

irvine had no syllabus and kept yelling at the dozen or so students asking what they wanted to learn, and nobody would say anything. he was like that urban legend professor that came in on the first say and asked “does anyone have any questions” and taught nothing else, until the people caught on that they needed to ask him what they wanted to learn, except he was much more mean.

i spoke up and said i thought it was neat that you could draw a two-dimensional spindle and then rotate it on one point and create a three-dimensional shape. i wasn’t sure if spindle was the correct term, or sprocket, but i drew a trapezoid on the ipad-like controller and spun it around to make a donut shape.

lynch was infatuated by this and kept saying “spindle, spindle, spindle” and talking about how film turned two-dimensional shapes into three-dimensional hallucinations using our mind. He drew an odd squiggly shape, rotated it, and it became a perfect pizza.

we went upstairs and crashed someone’s wedding and stole a bunch of cheese. 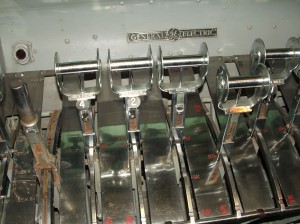