For whatever reason, I recently went back and read Air in the Paragraph #5. (I need a better place for these to live, especially since Scribd has turned into a paid-service scam. I’ve temporarily put it here.) A lot of my writing from 1996 is pretty cringe-inducing, but I always liked this particular issue of the zine, because it was a seamless narrative from start to finish, with a solid through line that pulled you through the trip report, book reviews, writing news, and day-to-day stuff of the last month or two. This was just before I started an online journal, which later took the place of this for the day-to-day stuff. Now, I don’t do that, either. I should, but not a lot is going on outside of work. 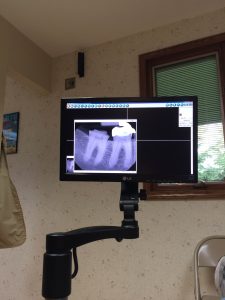 I’ve had a bunch of dental malady stuff as of late. First, I can’t find a good dentist that takes my insurance in Oakland. The dentist I’ve had for the last five or six years isn’t that great, and sort of pawned me off on his new partner, who rushes through procedures and completely triggers my dental trauma anxiety, and is completely drill-happy. Last time I saw her, she immediately priced out two dozen things I needed done, so I walked. I went back to my old dentist in South San Francisco, who is much more low-tech, but very relaxing and low key, does good work, and has Saturday hours. It’s a drive to get there, but whatever. He also takes my insurance.

After a routine cleaning, he told me he’d have to root canal and crown one of my front-ish teeth. If you think of what tooth would be a vampire fang in a Dracula get-up, it’s the tooth immediately behind that on the bottom. This was, unfortunately, a three-step process. One Saturday, he tore off the top of the old tooth and started the root canal, then sent me home with a temp crown. Next week, he did a post buildup after more root canal work, and once again, temp crown. Then two weeks later, I got the replacement crown.

This essentially meant I could not eat solids for three weeks. That’s not entirely true, but the bulk of my diet was meal replacement shakes. I later found I could eat macaroni and cheese if I let it cool a bit, and I could eat various puddings and cheeses and whatnot. Oatmeal was problematic, because it was too grainy and had bits of nuts in it. Soup is sort of bullshit. Boiled eggs worked. Those shelf-stable pad thai noodles worked if I left off the toppings. At some point about a week and a half in, I sort of snapped, went to Burger King, and smashed a thing of chicken fries to a paste-like consistency and ate it without chewing. It was horrible. The whole thing was horrible. All I could think of was the time in LA when I had the tooth next to it on a temp crown, and on the first day, it popped off, and I spent two weeks fucking around with drug store adhesives, which only half-worked and lasted a day max and made me realize why everyone with false teeth is a grumpy piece of shit.

Anyway, the crown is back as of yesterday. Still a little nervous eating on it, and the gumline around it will take a few days, but it’s pretty solid. The only hard part will be paying  the bill, which will probably be like a grand after insurance.

(There’s also an AITPL connection in there, sort of – after I wrapped up that zine and started blogging online, I had a ton of dental work done. I have horrible teeth, go ahead and be classist and make fun of me now, but I survived a childhood of well water, an addiction to soda, and a long run on lithium, and that was the magic trifecta to fuck me up dentally. So the first time I had real dental insurance, I found a (crappy) dentist, and we went from 1 to 32, drilling and filling and bonding. It’s probably the reason I have such a high tolerance to novocaine these days. I usually need five or six shots to get any work done. Anyway.)

Another bit of nostalgia overload is that this dentist is located at the Tanforan Mall, in my old neighborhood where I lived from 2008-2009. I haven’t gone back there in a while, and even though I only lived there less than a year, there’s a really strong set of memories there. It was my first place in the Bay Area, and it was also the same apartment company as my place in LA, same exact buildings, same blueprints, pretty much the same apartment, but flipped the opposite way. Being in the area reminds me a lot of that era of working for Samsung, driving back and forth from SSF to San Jose every day, spending the weekends running errands around Tanforan. I had an old Weight Watchers meeting there; I saw a lot of movies at the big 20-screen at the small mall; I went to the drug store and the Blockbuster (RIP) and the Safeway and the Target and all the other routine stuff I could see in any other city, but for whatever reason, that layout triggers memories and makes me think and feel and blah blah blah.

Yesterday, it was insanely sunny and warm — maybe like 72 degrees — so I took a long walk before my appointment. There’s a movie theater there that died right before I moved there in 2008, and has been sitting vacant since then. It’s called Century Plaza 10, and it’s a weird little abandoned vaporwave slice of time. (Go google street view it.) There are palm trees out front, a big red movie sign that’s faded to a magenta-pink, and these domes at each corner, like a miniature Taj Mahal, minus the main dome. The first film shown there was Back to the Future, and the theater totally captures that 1985 vibe. The outside is very well preserved, but the inside is toxic, infested with black mold so dangerous. you’d need a full moon suit and respirator to survive. The whole area is mostly low-rise, office parks and big-box stores, gentle hills in the background. A lot of it hasn’t changed since I left (except the Arby’s with the old-school hat sign is gone) and it not only reminds me of then, but of the first time I visited the bay in 1996. (Another callback to AITPL, although I think that was issue 4.)

Anyway, nothing else going on but work. I’m trying to take a week off next month, and haven’t booked anything yet because I was expecting the plans to collapse. Should get on that.