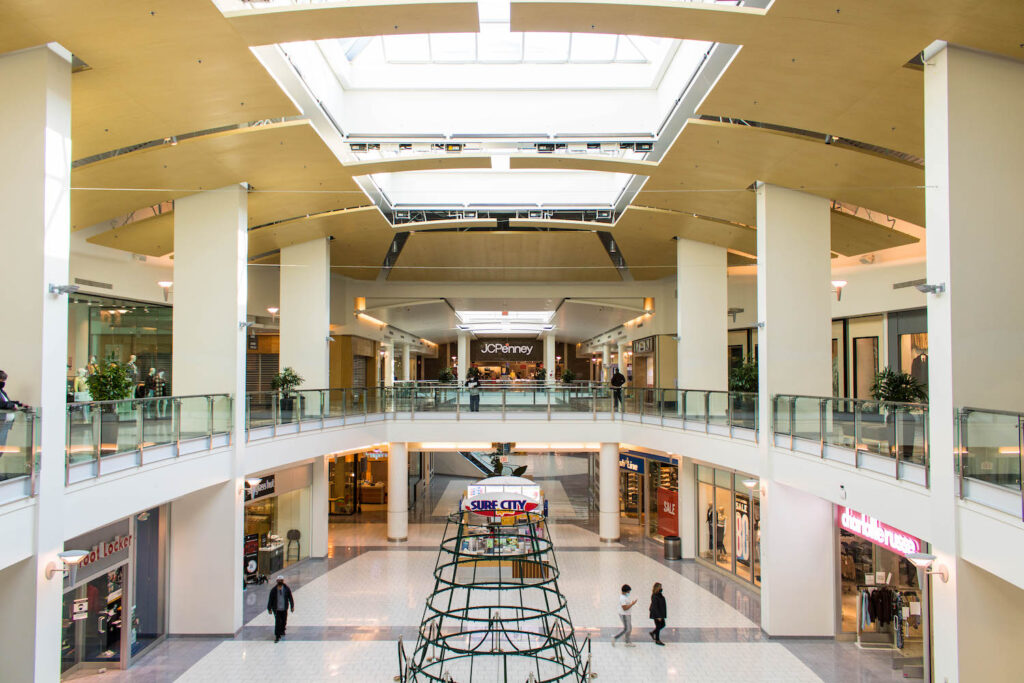 So, another one bites the dust. Tanforan Mall (aka “The Shops at Tanforan”) in San Bruno got bought for $328M recently, and will be razed to build a mixed-use biotech research campus and housing.

Tanforan has a weird history. It was a horse racing track at the start of the 20th century, and Seabiscuit used to race there. It was also occasionally used as an airfield. Then in 1941, they used it as an internment camp, housing Japanese Americans in the old horse stalls as an assembly center until they moved everyone to more permanent relocation centers in 1942. Then it became an Army camp, then a Navy base, then a racetrack that burned down, and then in 1971, it became a mall. It underwent a major reconfiguration and reconstruction in 2005, and they added a large movie theater in 2008.

I moved to South San Francisco in the fall of 2008, and for the year I lived there, this was my default mall. I drove past it every day on the way to work; I shopped at the attached Target pretty much weekly. The giant Barnes and Noble was the place for skimming computer books, and I bought my first iPhone there in 2009. My dentist was (and is) there, and the Petco was the usual place to grab cat food and litter on a regular basis. I also remember watching a ton of movies at the theater there.

It’s weird because the building itself is physically in great shape without the usual deferred maintenance problems you’d see in a shuttering mall. They basically rebuilt everything from the ground up except the anchors in 2005, and the structure, especially around the food court atrium, looks incredibly modern and new. But it’s not that physically big – the main concourse is maybe eight or ten shops long. And it’s had all the usual exits from national chain bankruptcy and degradation: Forever 21, Toys R Us, Old Navy, and most notably the death of their Sears, which was probably 30% of the total square footage of the place.

All of this area around South San Francisco is exploding with biotech campuses and identical-looking housing complexes. This mall is right on a BART train stop and very close to the confluence of multiple highways, so it’s super valuable land. This project won’t be one of the usual ho-hum de-mall jobs where they slap down a strip mall or a fake “town center” and then 95% of the stores sit vacant forever. I’m pretty sure that in a year, it will be crammed with science fiction buildings that sprouted up instantly, like the long stretch of glass towers of science lining the 101 now.

I was just in the old neighborhood last month, and it’s amazing how the bones are still there, but wide swaths of old sprawl have been instantly replaced with 5-over-one buildings with goofy names and slogans. (“Cadence apartments – where life, style, work, and play come full circle!”) We vaguely looked at buying a townhouse or condo in that area in 2009, and I can’t imagine what it would be like living there now.

It’s dumb and typical that a mall where I spent so little time has such a nostalgia hold on my brain. I’ll be sad to see this one go. Also, I need to find a new dentist now.