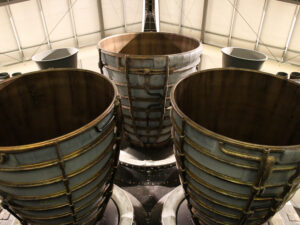 I guess I’ve been back from LA for almost a week, but haven’t done the full stupid trip report, as usual. Not a lot to report; I tried to get out and do a few things, but I wanted to avoid three particular activities: eating ten times the normal amount; doing tourist trap stuff; and catching the plague. I gained a pound and a half, but tested negative on Friday, so partial success, I guess.

Let me try to reconstruct a bulleted list of stuff: