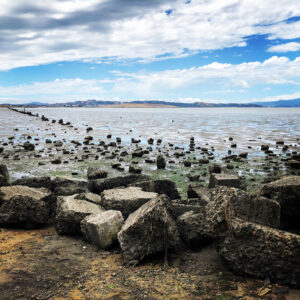 So, 2020. We can all go on forever talking about the horrors of the year: the pandemic, the economy, the job market, politics, and everything else. I don’t want to get into it. I can’t get into it.

Let me try to scrape together an update like I did last year and stick to my facts. I know that’s narcissistic, given everything going on. But, write what you know.

OK, that’s enough bad stuff. I don’t even want to get into what a cesspool Facebook and Twitter have been all year, or how the whole post-truth era has made about half of my relationships impossible. Let’s put all of that behind us. I don’t know if we can, and the 2021 memes are about to start, but whatever.

The first big thing that’s going to happen in about 21 days is that I will hit a very big birthday. And I won’t be able to do much about it. Maybe I’ll go off into the hills and hike all day.

No resolutions, though. The usual. Try to finish this book, try to stay employed and inch toward retirement, try to write here more and spend less time on FB. Try to get healthy. Try to stay sane. You?