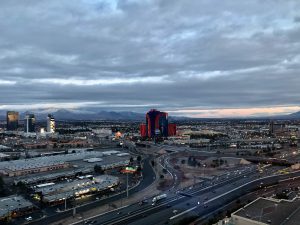 Got back from Las Vegas last night, so I’m still digging through things and looking at photos and trying to get reset for work on Monday. Oh, and trying not to catch the death plague everyone’s worried about. (I actually wash my hands, so I’m not as worried about it. But now that I’ve said that, I’m probably the first person you’ll know to die of it.)