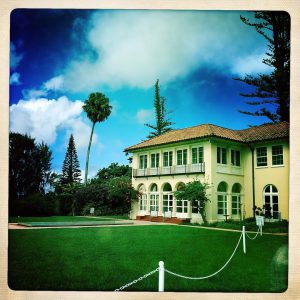 I spent last week in Maui, as a combination tenth-anniversary trip and Thanksgiving. Sorted through the photos, vaguely, but I’ve been too busy to get any words down on it.

Looking back, I guess I haven’t written about my previous visits there, but we went in 2013 and 2015. Pictures of the previous visits are on Flickr, but I’ve all but given up on these stupid travel updates.

The vitals: we stayed in Kapalua instead of Wailea this time, at the Ritz-Carlton. It’s a bit more isolated, which is nice, but it also meant we had to drive like an hour to get anywhere. We had a kitchen, which meant I could avoid the 5000-calorie buffet every morning and make my own breakfast.

I went zip-lining, which was a first and a lot of fun. Six zips across Pu’u Kukui and the West Maui Forest Preserve took a few hours, with a bus ride on a muddy dirt road, then an uphill ATV ride up an even muddier road. The rain held out until the last zip, and then it felt like I was being pelted with rock salt. Still, awesome stuff. If you’re ever out there, Kapalua Ziplines are the folks to use.

Went to the Maui aquarium again, but it was a bit more crowded with school-holiday traffic. Ate a lot at a few different places. Didn’t go to Target. Coincidentally ended up at a dead mall connected to a Safeway, which was a truly surreal experience. I didn’t do any swimming or try to kill myself paddle-boarding like last time. Lots and lots of walking and hiking, although no volcano this time.

Anyway, pictures posted on Flickr for you to ignore: https://flic.kr/s/aHsm9FoH6E. Dragged along the DSLR and a bunch of lenses, and ended up taking twice as many pictures with my phone. Go figure.