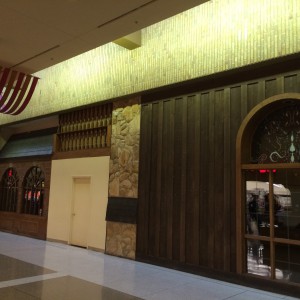 I always get disoriented when I fly open-jawed and land in an airport that’s different than the one I left from.  I don’t remember the last time I did it, but last night I landed in SFO a week and a half after departing from OAK, and it really fucked me up.  I walked down the concourse with this strong unconscious feeling that nothing was right.  I mean, I spent the whole flight sitting next to this bald dude with a handlebar mustache, black leather boots, and a crushed velvet suit jacket in a bright shade of burgundy, who read The Fountainhead in that sort of “look at what I’m reading” pose, and I really wanted to just say “okay, we get it, dude” but I didn’t.  It took me a lot of time to get used to being in the wrong airport and mentally figure out that I was on a different mass of land with a different drive in front of me, but the 50 degree temperature difference really negated that.

I haven’t been back in Indiana in two years, and I always hesitate to write about the experience, because I don’t want to piss off the people who call it home, or make it sound like I’m ungrateful for them taking time out to see this asshole who flew out from California that won’t stop bitching about a lack of vegetables and heat.  But it always puts the zap on me to see stuff back there.  I think this visit, I spent less time in a nostalgia black hole, and avoided a lot of old haunts, although it wasn’t entirely intentional.  Both the night of Christmas Eve and Christmas itself, I headed back to my hotel semi-early, and had thoughts of driving around University Park mall, maybe finding an old place to eat, and doing some serious people-watching.  And, of course, both times I was an idiot and didn’t realize that they closed damn near everything early, and I ended up back at the hotel eating candy bars for dinner.

I got a chance to meet up with fellow writer Steve Lowe, which was cool, because our Venn diagrams of South Bend-dom probably briefly touched decades ago and we didn’t realize it.  This leads me to my new year’s resolution (yes, another one of those posts): I really don’t know half of you people out there, and I never see the other half of you.  I need to make more of an effort to see people in the next year.  So if you’re in the bay area, please ping me, and I will do likewise.  I don’t care if we haven’t met before – we should grab a cup of coffee or hit a book store or whatever.  I need to do something with my life besides clicking the Like button on facebook posts.

So, saw the family.  Suffered through the cold.  Ate a lot of garbage, but only gained about a pound.  Almost hit a deer.  Didn’t write, which I wanted to do and of course I didn’t, so what the fuck.  I left Indiana a day earlier than I thought, due to a scheduling issue, and drove up to Wisconsin, then drove down to Chicago the next day to hang out with John Sheppard.  We went to this weird diner that was all classic diner food but vegan, built up out of various soy products, which was actually pretty damn good.  We got to hang for a bit, and scheme about our next big project, which is always awesome.

Speaking of, next project – you should go over to Paragraph Line and bookmark that shit.  We’ll be posting daily (we hope) dispatches, fiction, news, and other distractions.

Anyway, it’s good to be home, and I have to unfuck a million things here, piles of half-unpacked things and gifts that need to find permanent homes, and whatnot.  I got some nice little things, but after every trip back to Indiana, I always want to go Fight Club on my shit and start donating everything.  I also feel a need to do the same thing digestion-wise, hence my current issue with probiotics.  At least I will get a lot of reading done in the next few days.