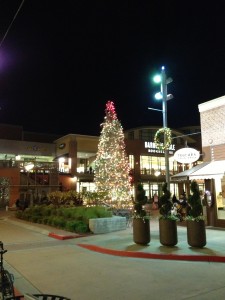 It is the start of a new year — four days into it, really — and I haven’t done shit.  I always have these wise ideas about some post-a-day project, either here, or some great new site that involves posting a story a day or a wiki page per day or whatever, culminating in a total of 365 pages of crap.  And I know that if I did find a concept like that, I’d peter out around mid-February.  That’s why New Year’s resolutions are for hacks, and I never make them.  I’ve got the same set of goals I had five days ago, and I’m still trying to plow towards them.

My excuse for not posting lately is that I’ve been sick with some contagion that completely leveled me for the last week or so.  This was the worst I’ve been sick in a while; I’m used to the usual sniffle or cough, but this virus completely nuked me from orbit.  I got to fly back from Milwaukee with this crap running through my system, and that night, the temp spiked at 103 and I started the 24 hours of Daytona, Nyquil-style, chugging another shot of the green wonder exactly every six hours to max out my dosage.  By New Year’s, I wasn’t eating, my throat completely torn up with white ulcerations to the point where even swallowing water hurt like hell.  I’m mostly better now, but that Saturday night, I thought I was a goner.

And I spent the week before that in Wisconsin.  And it was, well, work.  I appreciate the graciousness of my in-laws, but I never like dealing with family drama, and when it’s not your blood relatives, it’s sort of like watching a reality TV show you don’t want to watch, except you can’t change the channel.  And if we went to the Bahamas every year to do this, that would be different.  But when the temperature dips down to the point where we have to close windows and start wearing jackets here in California, that’s about my fill of cold for the year.

I did get to see John Sheppard for an afternoon, which was cool.  I drove down to Chicago in my rental car, one of those Chevy Malibu things that is nothing like the Malibu of yesteryear, and we went to a diner and then hung out at his place for a while.  His apartment reminds me in some ways of my place I used to have in Queens, except he’s up on a higher floor and has a good view, while I lived on the street and got all of the noise pollution of the Jersey Shore douchebags that hung out in front of our building.  Also, I had a bunch of junk, while he barely has furniture, just a place for the Macbook and a lot of room to paint.

His place, and the semi-lucid nyquil dreamscape of the last week, made me sort of nostalgic for the time at the start of my tenure in Queens, or at least the idea of it, the solitude.  Once it got cold out and the steam heaters started, the street life died down and I’d spend all of my nights and weekends locked in that little one-bedroom, never leaving the house, ordering out every meal and either defeating or being defeated by the computer on the card table, trying to smash out the good word into the keyboard.  I never had people over, never socialized, and had stacks of DVDs to watch and a PlayStation to burn up time, but I really appreciated the isolation, the focus on trying to write.

Maybe that’s just revisionist history, in some sense; I also think that from the time Rumored came out in 02 up to the time Fistful came out in 11, I pissed away almost all of my time.  I mean, I wrote here a lot, got a few short stories done, did a couple of non-fiction projects, but I also feel like I lost my way for almost a decade there, and wonder where that time went.  And now, six months after my last book was done, I fear that I am starting to stumble a bit, and I’ll blink, and it will be 2024 and I will still be chipping away at The Next Book.  That’s scary.

But I am chipping away.  No progress to report, but I’m still maybe halfway through this new one.

Other stuff – I have registered for a comedy writing class at Second City this month.  The end goal isn’t sitcom writing or whatever, but I need to explore a little outside of my wheelhouse, and this sounds fun.  It will probably burn up all of my free time for the next few weeks, but hopefully will be worth it.

I’m also still playing bass, and wish I had more time for that.  I just bought a third bass, and I will probably save that for another post.