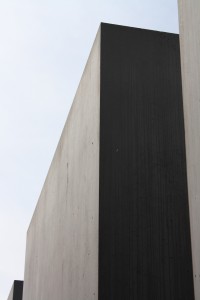 I found out last night that an old friend of mine from college died of a brain aneurysm, right after her 40th birthday.  She’s someone I lost touch with for twenty years, and then just found on Facebook, so there’s this weird temporal distortion around the friendship.  We only exchanged a few messages, compressing two decades into a couple of hundred characters.

Actually, she reminded me of an episode I forgot about, when I recovered all of the files off of one of her dead floppy disks, which now has some strange symbolism to it.  I don’t even remember how to do disk recovery anymore, but I used to do it in my sleep, a thousand times a day, when I was a computer consultant for the university.

I think I first started emailing Allison in 1993, from this stupid online dating program that ran on the VAXes.  We exchanged too much email and never met, which is one of the problems with online dating — you can end up being forever in the friend zone, as email buddies, but that was fine with me.  I was in a horrible depression at the time, and we had no chemistry, but I remember we started hanging out in person, and she made this concerted effort to drag me out and introduce me to her friends and try to get me to act social.  I was just starting as a writer, reading Bukowski and Hemingway obsessively, never leaving the house except to go to the liquor store, staying up all night scribbling in notebooks and feeling sorry for myself.  I remember one time she read me the riot act, telling me to stop being such a shit, and although it pissed me off in the moment, she was right about it, and it was the kick in the ass I needed.

I didn’t keep a lot of email from college, because our accounts had tiny disk quotas, but I did keep all of my emails with her for some reason.  It’s about a semester’s worth of “do you believe in zombies?” small talk and daily routine, and I’m now afraid to open the file, for fear of falling in a very deep and unavoidable k-hole that will bottom out with me googling the names of every college crush and forgotten band and old Bloomington haunt, spending hours and hours trying to find artifacts from Garcia’s Pizza and wanting to scan in every old receipt I still have in boxes and make some kind of giant, depressing photo collage project or write another book set in 1993 that nobody will ever read.

These kind of things make me deeply fear my own mortality.  I’m taking a half-dozen allergy medicines and my back is out and I need to lose weight and I have high blood pressure, and the idea that something in your brain can just explode and kill you really freaks me out.  It’s like when I was in a serious car accident back in 2009 and smashed the entire front end of my car into a pulp, and then had to get back in the driver’s seat the next Monday and spend an hour doing battle on the 101: every other driver on the road wanted to kill me; every lane change was a near-homicide.  It’s easy for me to worry too much about this stuff, and I guess the moral of the story is that I could spend all of my time worrying about it, or I could try to get some shit done.

The facebook angle of the whole thing also fucks with me in several ways.  First, her profile is still posting some asinine daily horoscope thing to her wall every day.  This is absolutely morbid.  Someone from my high school died of cancer a bit ago, someone I wasn’t friends with and didn’t know, but when I heard about it, I looked up her page, and there were tons of daily automated posts from these online games, saying “so and so needs a row of corn for their farm!” or whatever.  And it’s strange to still see her life trapped in amber there, her picture and info and birthday and all of that.  It’s like if when people died, their entire houses were just left as they originally were, the doors open, all of the possessions on the table, food still in the fridge, like one of those museums where they leave Einstein or Macarthur’s office exactly as it was when they died.

There’s also the strangeness that I didn’t really find out about any of this until her wall exploded with posts about praying for her family or whatever, and the only way I could piece together what happened was to crawl through a hundred posts in reverse chronological order.  I guess in the old days, you’d read about this sort of event in these things they used to print called newspapers.

And it also bothers me that facebook has now created this friendship vortex, where you think you’re friends with someone because that bit is flipped in your profile, and you see that daily status update saying they’re in line at the Starbucks, but you don’t really know anything about them.  You don’t talk, and you don’t exchange emails, but you are lulled into this sense that you’re in touch.  Aside from facebook updates, I think there are about five people who consistently email me these days.  Ten years ago, I would write three dozen emails a day to people, long emails talking about everything and nothing.  What happened?

Anyway.  Three day weekend.  Plenty of time for me to lose that twenty pounds and start writing more emails.  Fuck.

So young. It's so disturbing to hear stories like this, and it seems as though it's happening more and more lately, or maybe I'm just paying more attention. I know what you mean about keeping in touch, and feeling like you are because of Facebook. I used to email a bunch of people, and barely check my email anymore because it's just spam and crap. I had a grilled cheese for dinner, are we up to date now? ;)

I'm sorry about your friend.

Thanks. And no we are not up to date. What were you wearing when you had that grilled cheese?

Hmm, I think I was wearing a pink tank top and yellow shorts.

hi jon. arent you the guy who wrote sid lives? i came here looking for that but didnt find it.

sid and i were roommates in 1995 based on a conversation about us being bisexual anarchist vegetarians. but it turned out that for sid being vegetarian meant living on grilled cheese sandwiches, while i'm more freegan.

i was thinking about him today re this story, http://boingboing.net/2012/05/31/the-mysterious-m… about the who built iquest (our isp at the time) turning out to be a con man and wanted by the fbi and such.
arbitrary arrdvark, gtbear@gmail.com

Yep that was me. I reorganized the site a bit ago and the Sowder thing went away. At some point I want to rewrite it and maybe turn it into a book, but it's like item number 87 on my list right now.

Never heard the hokum story before but now I'm going to have to dig around and find more. I do vaguely remember that ISP but I never used it – I left in 95, so I think I just missed that era.