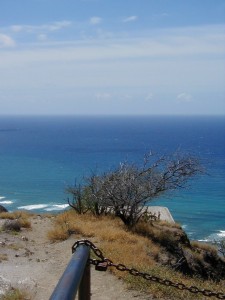 I guess I breathe wrong.  I’ve known this for a while, but I think every shrink I’ve ever met has told me I need to breathe deeper or take a meditation class or something.  This week, my breathing is worse because of a sinus infection, which I’m trying to bomb out with a high dose of Levaquin, which is sort of like trying to hunt for easter eggs by napalming an entire township.  But yeah, I guess I need to learn a new respiratory technique, and I’m sure there’s an app for that, but I’m too lazy to look.

I went through a brief period of wanting to be a Zen Buddhist, I think in 1994 or 1995. I mean, in that period, I went through a phase where I wanted to be everything from a writer to a motorcycle gang member to a Navy SEAL to an Alaskan shrimp boat captain. (I also wanted to be a technical writer and an author, so I guess I’m like 2 for 139 on the series.) I read a pamphlet or magazine in my shrink’s waiting room about controlling depression with meditation. And there’s the whole college path of trying to find your spiritual center, or the meaning in life, whatever that is. The good old fashioned Roman Catholicism baked into me at an early age hadn’t done much in that department.

Prior to this I briefly wanted to go back to Catholicism, mostly because I kept meeting all of these Jewish women, and any Jewish guy would seemingly get a free pass. I wondered if being a good Catholic would net me any free access to bad Catholics, so I did my first confession in a decade and started going to this hippy-dippy college version of a Catholic church, the kind that had a 5:00 PM Sunday mass so all of the drunks could show up after a night of heavy partying. But after about two or three Sundays, I realized the social awkwardness and alienation that made me a stanger in this world also extended to Church, so I stopped going and went back to the comfort and convenience of atheism.

The zen thing may have partially been because of Bruce Lee. I saw that movie Dragon and really wanted to learn Kung Fu, so I bought a worn paperback from the 60s that illustrated various Kung Fu and Tai Chi manuvers in grainy black and white pictures. That proved to be useless, because you couldn’t hold the paperback open to any given page and do the moves at the same time. But it led to another book of Tai Chi from the dollar bin at the used book store, and I started looking at the various angles of Buddhism, and zen. And that got me started buying these more expensive Zen books with elaborate color artwork and koans depicted in Chinese woodcut illustrations that always reminded me of a menu from a fancy Chinese restaurant, which always made me hungry for Chinese food, so maybe it wasn’t the best learning tool.

I remember plinking away at a couple of zen books, these logic puzzles really, the kind of thing that would say “does the world weigh as much as a pea?” and a good zen master would think about it for an hour and say “of course!” But I could never think that way; I’d be like “well a pea’s mass is a ratio of its mass to the planet’s mass, and it’s really an abstract concept, but something that science defines… etc etc.” There was a high bar for suspension of disbelief, but then I wondered if I had not been indoctrinated with stories of men coming out of tombs after being dead for three days and the parting of seas and the turning of water to wine, maybe that would seem just as crazy. Maybe I needed to reprogram myself. Maybe part of being a better person was burning the synapses in my brain to appreciate knowing these puzzles like the sound of one hand clapping.

I tried to learn to meditate. I burned a lot of incense, and bought a little rug at Pier One to sit on in the middle of my room. I even took a class once. The Student Union had these activities you could sign up for and pay the fees on your bursar bill. Like they had skydiving classes, whitewater rafting, hiking expeditions, ballroom dancing lessons, all of this outdoorsman, Teddy Roosevelt kind of shit, so kids from big cities could ride horses and camp in tents and meet girls who didn’t wear bras. I really wanted to take the skydiving, but every class landed on the day of a test of one of my night classes. Instead, I scoured that catalog, and signed up for this meditation class that promised to help me find inner peace in a single three-hour session on a Saturday morning.

The night before the class… okay, I won’t get into the night before the class, but we’ll just say it wasn’t very zen-like. The next morning, I was running late, but my roommate was heading to campus — this was when I lived a few miles north and had no vehicle of my own, other than a ten-speed — so he deposited me at another dorm for my class, unfed, unwashed, and not in a great state of mind.  I’m badly in need of another shower, my stomach’s rumbling like a motherfucker from a lack of breakfast, I have a touch of a hangover, and I think I slept two hours the night before. Now, let’s learn to meditate!

The class was at Briscoe quad, one of the big party dorms up north of campus. I’d only been there once or twice; some friend of an old ex from my freshman year lived there and we visited her a few times. Her friend had a full-time hobby of having relations with random dudes the way most people collect baseball cards. (So did the ex, but I didn’t find that out until after she moved in with me, which was wonderful.)  Anyway, this was a dorm of questionable choices, and everyone there was virtually guaranteed a large bill for damages from RHS at the end of the year, because someone would have thrown a flaming couch out of the window.

Meditation class was in a tiny classroom next to the weight machines in the dorm’s gym. It was taught by some middle-aged hippy mama that ran a meditation/bodyworks place out of a tiny hut that later became Tom Donohue’s CD store after I left town. Exactly two people signed up for an 8:00 AM Saturday class: me, and this other girl, a frumpy librarian type that reminded me of a random SNL character. As the class got more boring, I realized this girl probably had no friends and had the same social fears and awkwardness as me, and I knew it would not take much effort to convert this into a date situation, which is horrible.

I learned nothing in the class, except that my breathing was wrong. I thought breathing was an automatic reflex, but I guess I was doing it too much from my chest or doing it out from my chest and not my stomach, or something. I don’t know, it mostly confused me by making me think about my breathing, which made me not be able to not think about my breathing.  The desire to meditate, along with the desire to become enlightened, faded and I quickly became obsessed with writing a vector graphics Missile Command game for linux, or lifting weights, or something else.

The campus was empty in the winter cold, one of those eerie Saturday mornings when nobody was around.  I hiked over to the Brad’s Bagels and got my usual hangover cure, an everything with cream cheese and a giant vat of Coke. After quickly consuming that, I walked home, plodding for three miles in the wind and cold, listening to a Henry Rollins spoken word album, thinking about writing, thinking about what to do next.

2 replies on “Zen and the Art of Breathing Wrong”

I read a lot of books on Buddism in the 90s. I even got a book from the library on yoga poses and did that and worked out. I also read books on zen meditation which basically said sit in the lotus postion and try to think of nothing, concentrate on your breathing only, think on some "cone" like the one hand clappping thing or just counting to ten in your mind. I did this for a year to two years and it really does work in relaxing you but then does beer and a good joint – haha

I learned meditation basics in a very matter-of-fact way from my mom without any spiritual baggage whatsoever. She called it "relaxing," and it was more or less how she'd talk me down from assorted ailments/colds/insomnia when I was a kid. So I had it more or less down before puberty. This is recommended for obvious reasons.

You don't actually have to clear your mind of thoughts. Let them happen, and just don't grab at them: tell them "okay, noted," and see what drifts in next. If you notice that you are, in fact, grabbing at one of them, well: notice that. Big fleas have little fleas, &c. ad naus..