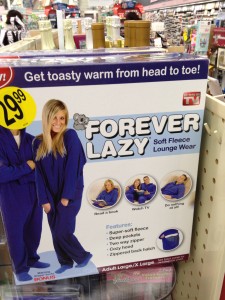 I guess I haven’t written in here yet in 2012.  Oops.  I’ve been busy working on getting a new book released, another collection of short stories and flash, and that’s about done.  But it’s been hard to get started on something new, and I really need to.

Part of this is that I’m trying to quit caffeine, and that shit’s a wonder drug for my creative productivity.  I am tapering down, and I’m down to two cokes a day, but I used to drink about two cokes per thousand words, so that’s been a struggle.  I’m probably sleeping more and better, but sleep doesn’t write books.

One thing I forgot about – I used to use my own crappy  set of scripts to run this site, a bunch of cobbled-together duct tape and cardboard that generated the index sidebar out of a bunch of PHP and shell script.  And every year, the whole thing would break, and required me to move all of the files to a new directory and edit a script by hand and regenerate the index and whatever.  And one of two things would happen: either I’d stay up late on the morning of the first and fix everything and post an “okay, this works” message, or I’d procrastinate horribly, and not post anything for days.  Maybe it wasn’t days, but I remember the dread of not having anything to write about, not knowing what to write.  Every New Year’s, I’d have grandiose ideas of how I’d write a story a day or a thousand words per 24 hours, and how that year would be the year I’d write a dozen books and submit a million stories and blah blah blah blah, and sitting staring at that blank page always felt like if I resolved to lose a hundred pounds, and then found myself in line at McDonald’s.

The other big part of 2012 is that it marks the 20-year mark from when the events of Summer Rain happened in real life.  I have very conflicted thoughts about this, and there are two different things going on in my head.

First, it’s been 11 years since that book came out.  I’m slowly moving to using nothing but CreateSpace and Kindle for publishing, and I feel like I should gather up all of my old stuff and push it to there, then unpublish it from iUniverse or lulu.  And I feel like I should get all of this old stuff on the Kindle.  So I loaded SR into Scrivener and started fixing all of the line breaks and indents and whatnot, thinking I’d eventually on some rainy day (no pun intended), I’d get the thing exported into .mobi format.  And of course, this degraded into this pulling-a-loose-thread-on-a-sweater thing of “maybe I need a new cover” and “maybe I need an new intro” and whatnot.  But it also made me stop and read the old writing, and I really don’t like it anymore.  I mean, there are the minor typos and things that could be reworked.  But I am no longer in love with those characters or what I did with the book.  Maybe this will change if I give it another serious read.  But I also did this same process with Rumored to Exist recently, and I really liked it.  It made me wish I could keep writing more stuff like that.  But the idea of revisiting Bloomington in 1992, or the thought of finishing this incomplete book of IU stories from 1989-1995 is somewhat boring to me.

And I just went to Bloomington, a couple of weeks ago.  It was the first time I’d touched foot in 47404 in ten years.  I only had a couple of hours, long enough to eat dinner with Simms and grab a quick drink with Bill, but I cruised around town for a few loops, taking it in.  And I was strangely unenthused.  Maybe I’d shut off that part of my brain, the part that usually swims in nostalgia trips like this, because the whole Indiana experience was so surreal to me.  But I didn’t experience the huge charge I used to get when I returned to town.  I swung past Mitchell Street, and around the fountain, and up and down Jordan, and to the library, but none of it caught me.  It seemed so long ago, so distant – and it was.

No real moral of the story here – I know what I’ve been writing best for the last couple of years is not the rehashing of this old college stuff, and that’s fine.  I’m still struggling with what exactly I call the stuff I do now, and how to sell it or tell people about it is the big question, but it’s slowly happening.

In other news, I bought a rowing machine the other day.  Not sure why.

2 replies on “A Hundred Years From That One Rush Album”

Sounds like you have your work cut out for you. Most of my story ideas don't tend to make it further than ideas scratched on a piece of paper…haha. I checked out most of the stuff I wrote for Anti-Hero years ago and most it is between 500-1000 words. I mostly still write free verse poetry just because its the easiest way for me to get things down – though I realize glaziers move faster than most poetry books-haha

GLACIERS RATHER – NOT GLASS INSTALLERS…HAHA