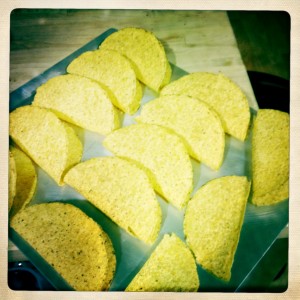 She was gone when I woke, just a ghost of an image, maybe not even real.  I remember telling her “lie flat on the quicksand or Tommy Chong’s going to jail again,” and something else about the variable pricing structure of airline tickets.

How do you recover after your first girlfriend leaves you to have a bondage-themed tryst with Michael Dukakis?  What do you do when you find her twenty years later on facebook, beaten into the ground, fucked senseless by life, on her fourth marriage to five guys, this one a republican minister at some get-rich-quick bible ministry run out of the back of a dry cleaner’s in Austin, some kind of next-day extra starch/eternal salvation racket?

Marshall went through this: some chick tried to pin a pregnancy scare on him when he was 15, and he pawned his entire uranium collection to drive to whatever shithole state this welfare baby ran to, to throw himself at the mercy of this piece of teenaged pussy who thought a demon spawn would solve all of her problems.  He called me from a county jail in West Cockistan, begging for a wire transfer and bus ticket, or maybe for a future version of myself to become the leader of the rebellion and send back in time a cyborg to bust him out of the pen.  He spent 2 to 24 months in a lockdown psych ward, the take-away-your-shoelaces kind of place that drugged you into nothingness and then had you talk about what remained of your now-annihilated feelings to a room full of habitual glue-sniffers and dry drunks locked up for sodomizing their family’s farm animals.

“I wrote an English essay from the point-of-view of the GI Joe villain Destro, if he had to watch his dog die a slow death from aspartame poisoning.  It’s called ‘What We Talk About When We Talk About Canine Nutrasweet Poisoning’.”

“How much did you fuck with the margins to get 27 pages?”

“There are no margins.  It was really good speed.  The words fucking flew, like you could not believe.  I wrote an extended flashback sequence where Destro talked about his first masturbatory experience, anally stimulating himself with one of those pool cue bridge things.  No lube.  He’s a bad guy, right?”

I didn’t want to proof Jimmy’s story.  It didn’t help that he offered to do one of those Adobe shared review things, because every time I type ten words on my computer, Acrobat says it has another update.

It didn’t help that Jimmy’s mom was one of these morbidly obese evangelical types, the kind hell-bent on monitoring every atom of their child’s interaction with the universe and dismissing everything not mentioned in the King James as an agent of satan.  She seriously would not let him eat the hexagonal “Mexican” pizza served in the school cafeteria, because some asshat on channel 46 hour of power said they were used in witchcraft ceremonies.  She would only let us play some bullshit Davey and Goliath board game their church printed illegally and sold at a flea market fundraiser.

“Someday, we’re going to question all of this, when we’re trying to find out place in life,” he said, using one of the Davey/Goliath cards to rake up a pile of absurdly cut cocaine into lines we could snort with an empty pixie stix tube in lieu of a rolled-up Benjamin.

“What do you mean?  Computers are going to keep track of all of that shit by then,” I said.  It was true; Compute’s Gazette ran monthly stories on how computers would rule the world by 1997, how all paper would be obsolete by at least 1989, if not sooner.  I did not doubt their predictions.  And why not?  These were the same people who wrote a program for the Commodore 64 that converted 6510 machine language opcodes into James Joyce constructs of tone poems, perfectly synthesized artifacts that could be beamed across the sky at 300 bits per second and reconstructed in loser basements a continent away.

“I’d rather eat the snatch of a dead bear for free,” said Kissinger, screaming at members of the UN Security Council to reconsider their decision to put a McDonald’s branch on the surface of the planet Venus.  47 countries voted against the restaurant’s insistence to allow human-animal sexual exchange of excrement, especially since this would be the only source of revenue for the first 14 Earth-years of the restaurant’s lease.  “I cannot watch this unchecked aggression consume our fatwa spring roll menstruation.”  It occurred to the translators that Kissinger was in the midst of a stroke and replacing words nonsensically.  The Japanese government insisted this was some kind of cipher, and sent 14 experts high-resolution digital recordings of his speech on solid-state hard drives for later dissemination.