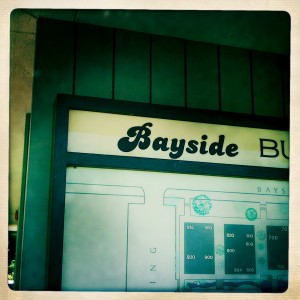 Last night was an evening of NyQuil dreams, a single dose of the caplets right before bed to mask up a touch of a cold I’ve had for a few days.  I woke with memories of strange dreams, including one where I joined a medical marijuana co-op that was like one of those CSA services that gives you a box of produce every week.  The first delivery was a huge tupperware box of what looked like bright green stems of asparagus, and I didn’t know if I needed to dry them out or maybe dump them in the food processor and make a soup.  The box came with some attached literature, a pamphlet that I thought might contain some usage instructions, but it was all of this mumbo-jumbo about how the herb was small-batch artisan crafted from the finest genetic strains.  I tried chopping up a stem into small pieces and chewing on it and a handful of dentyne cinnamon gum, but it tasted horrid.

I wish I kept better dream journals, but it would involve a substantial change in my morning routine.  It was somewhat easier to do when I lived alone in an apartment the size of my office.  I could take two steps and travel from bed to computer, fire up an emacs window, and dump what I remembered before it quickly faded away.  Now the computer isn’t even on the same floor as the bed, and by the time I get up, go downstairs, feed cats, do everything else, I’m fully awake and the dream is gone.  It’s too bad, because I get some great fragments of stories that way.  I re-read Rumored to Exist recently, and was amazed at how many stories started as pieces of dreams.

What fascinates me, when looking at all of my dreams, is the location or setting.  When I was trying to remember this pot-CSA dream, I scoured my brain looking for details, and vividly remember what the apartment looked like.  It wasn’t anywhere I’d lived before; I think it was an amalgam of my last New York apartment, turned sideways, and mixed with one of the sets from Boogie Nights.

A dream’s scenery is like any memory – you don’t know why some stick and some don’t.  A lot of my dreams take place in my old house in Edwardsburg, where I lived from about age 1 to 7, but I’m almost always an adult in the dreams, and they aren’t period pieces where I’m looking back at the mid-70s; they are in modern time or the near future, with just the setting retained.  Any time the dream involves multiple stories, like if I am falling down stairs, it’s my old house in Elkhart.  I’ve lived in a dozen other places since then, and I’ve lived away from Elkhart for twice as long as I lived there, but those are the constant sets, the stages always used by my mind.

I don’t know if it’s a function of time I spent there or because it happened at a certain point in my mental development cycle, but that’s somewhat understandable, dreaming about things I know.  What baffles me is when I have dreams that are in settings that I’ve never seen, or don’t even exist.  Another part of last night’s dream was that the President decided not to live in the White House anymore, and built his own mansion outside of Chicago, where he’d run the government.  And I swear the mansion was one of the sets in the movie True Lies. Later in the dream, I was walking around outside, and I definitely know the scene took place in one of the instant-play levels of a Need for Speed video game I haven’t played since 2007.  How did my brain decide to use that for the dream?

I don’t know a lot about dream theory, and it’s a k-hole I don’t want to fall down today, but there’s this theory called emotional selection, which basically says that our brains construct and then test scenarios that are then developed into thought patterns our brains integrate.  Dreams can have bizarre content because of these tests.  I don’t know that this “means” anything, like that because I dream about my old house, I have a fear of lumber or something.  And I don’t feel that having some deep understanding of my dream cycle will unlock some boss level in life, or make it so I can suddenly read 8000 words a minute or only sleep 27.6 minutes a day.

And with that, I now have a thousand wikipedia articles to read about this, starting with this one and working my way south.