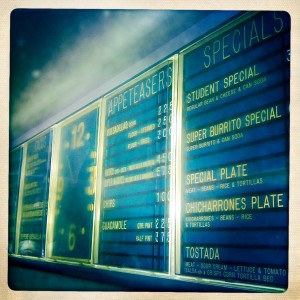 I’ve been editing a book, or maybe a chunk of a book, that’s mostly composed of blog posts from earlier this year, and one of the harder parts of this (aside from all of the typos) has been retitling the posts when they are reincarnated in short story format. As both a goof and a desperate trick for SEO, I originally titled all of these as if they were crappy content poured into an autoblogged site, like “10 Reasons Zombies Will Steal Your iPad”. And the sad thing is, that actually seemed to work.

I thought of this today, because I went to look at Lifehacker for some dumb reason. I used to love that site, because I’m a lazy bastard, and if anyone presented me with a tip that would shave ten seconds off of my week, I’d probably love it. But now you go there, and it’s nothing but these listicles of the obvious. And go to StumbleUpon, which is a neat site, but now it seems like nine out of ten articles are these collations of brief tips or factoids.

Why are they so popular? I guess part of it is, it’s easier to consume. You could write a long-form article about the failing financial system, or you could throw ten bullet points at the wall and call it a day. It’s sort of the PowerPointing of the world. I worked at a place where every damn thing HAD to be a PowerPoint deck, from idea pitches to weekly status reports, and it seemed like the higher up the management food chain, the more the person could only digest items in slide format. I’m sure there’s a rabbit hole of reading I could fall into about usability and eye tracking studies, but I’ll leave that to someone else.

Another theory would be that it’s easier to write posts like that. I think it’s a push; it probably takes me just as long to write a 20-item list as it does to bang out a thousand words of prose without an outline. Maybe if I started with a quick list and used that as an outline for prose, that would take longer. But it’s one of those false economies of scale, like that if a person could build a whole house from scratch in a year, they should be able to build a fully-functional HO scale house in 4.19 days.

The thing that interests me is if this is because stripping away the supporting structure of a prose story and presenting it as a list makes it easier or more effective for people to parse. I don’t mean in a “we all have ADD/fuck Twitter” sort of way, but I mean if there’s some reason for this, like how a root/fifth/fourth song sounds so much better to us than some Yoko Ono experimental noise shit where she’s raping a lawnmower engine with a pizza oven.

And that makes me wonder about structure of non-blog post/article pieces, like short stories or books. One of the things I tried to do with Rumored to Exist was present a novel-sized work in small pieces, with an almost total disregard for traditional form. And I did that, but I felt like it would have been more readable if it did have a standard novel’s plot arc, and the “randomness” had a certain amount of non-randomness, partly out of pure chance, and partly because I kept rearranging the pieces until it felt right.

I keep writing these bursts of fiction that have no home, and end up in a big Scrivener document when they happen to be written near a computer, or find their way into a bunch of different moleskine notebooks when I’m not at the Mac. And the number one thing I bitch about to people is how I don’t have a form to put these on. I don’t know how I lucked into the one I had for Rumored, and I don’t know if it can be re-used, or if there’s something else I need to do.

I wonder if there’s anything to be gleaned from the way web articles have gone. I guess one could write a book that’s nothing but fake articles like this. There are already a whole slew of books written as email exchanges, which is something I was talking about back in 94 or 95. I thought about setting up a fake email on my linux machine, and then emailing it a page or two a day, to slowly concoct a longer work. I now know that would have just become an editing nightmare, but it’s still a fun idea.

At the last place I worked, I was forced to read a book about how to get people to listen to you. The short version is essentially to use a bullet point list.

Also, I'd like to read "10 Reasons Zombies Will Steal Your iPad."