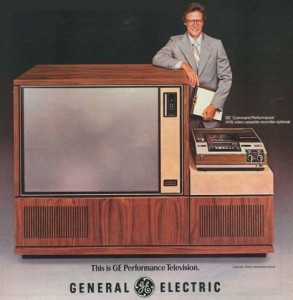 This TV is Real Business

If I don’t post here for a few days, it isn’t because I am a lazy fuck that it still playing Call of Duty five hours a day.  It’s because I don’t like you.  YOU.  Not them, but YOU. It could be because you sent me a capital-C Christmas card that mentions Jesus, and the only Jesus in my life is the guy who works for Carlos and cleans my house every two weeks.  It could be because Farmville does not give me an option to come to your farm and spray it with kerosene and burn it to the ground like I’m Sherman with a hard-on, pushing for the coast.  It could be because I care about seeing the pictures of your kids as much as you care about seeing the pictures of my bowel movements I reply back with.  Or it could be because when I’m not posting here, I’m working on Real Business.  The three iPads I mounted to the dashboard of my Toyota Yaris do not pay for themselves.

I flew to Ontario earlier this week to meet with esteemed producer Uwe Boll, who I am hoping will executive-produce my next reality TV idea.  It is called Grave Robbers – three teams of people will fly to different cities and have a timed period to dig up and pilfer as many graves as possible.  There is a whole science to grave robbing, and during the start of each episode, the teams will case the place, looking for old money versus recent graves, trying to make correlations between types of names and monument sizes and complexities to determine who was buried with the most valuable jewelry.  They won’t all be looking for just pawnable gold and diamonds, either; in the pilot episode I filmed (well, videotaped on Digital8 with a handycam – I want to shoot the whole thing in 70mm color reversal, and I am reaching out to Academy Award-winning cinematographer John Toll (Braveheart, Thin Red Line, Tropic Thunder) to DP it) I had three teams of three going through the graves at Holy Cross cemetery up in Colma.  One of the genius teams, a bunch of gang-bangers from some shithole Compton housing project, started looking for antebellum-era vintage jewelry, and spent 45 minutes trying to crack open the vault of Manson murder victim Abigail Folger before being disqualified on a technicality (they used an illegal air chisel).  The real winner was this team of former Stanford archaeology students who immediately sprinted to Joe DiMaggio’s grave, cracked open the tomb in record time, and managed to eBay his skull for a low-six figure win.

I met with Boll in a Tim Horton’s, which is where all Real Business is conducted in the Great White North.  He was busy reviewing dailies from some unnamed project on an iPad, while a dweeby assistant brushed all of the powdered sugar off of a jelly donut for him.

“What are you working on?” I asked.

“You got the rights from Spielberg to do a remake of the movie ET?” I said, dumbfounded.

“Wasn’t that game a total piece of shit?” I said.  “I thought it was the single cause of the entire billion-dollar crash of the US consumer video game market in 1983.  They took 100,000 copies of that game and four of the developers and sealed them in concrete in the bottom of a New Mexico landfill as a tax write-off.”

“Let me ask you this: what was the biggest film disaster of 2004?” he said, setting aside the iPad and grabbing a donut.

“I don’t know.  Was that the year Battlefield Earth came out?”

“And our first run is in Germany.  So it’s a pornographied vision of a German vision of a 2010s idealized vision of a 70s TV show that was an idealized vision of the AMERICAN 50s.  Germans in the 50s were still putting out fires and clearing rubble and dropping dead of typhus; we worshipped you fuckers with TVs and big-tittied wives baking pies all day,” he said.  “So this version, it’s working on at least five different levels to hit every key demo we can.”

“It’s German TV.  We can show double penetration gang rape during the dinner hour on broadcast TV if we want to.  None of this prudish American bullshit over there.”

“So I came to talk to you about this Grave Robber show.”

“Can’t do it,” he said.  “51 Minds already has GraveBusta! with Busta Rhymes in production for VH1 for an early 2011 run.  I can’t get into a lawsuit with Endemol over some copycat production.  John de Mol has that Deal or No Deal money behind him – he could have every person in your hometown executed and buried in secret graves ten times over without even having to go to an ATM for cash first.  We can’t fuck with them.”

“Son of a bitch!  What about my competitive bowel movement TV show I told you about on the phone?”

“So You Think You Can Shit? I like the idea, but there’s at least three similar shows on German TV already.  Maybe we could do an end-run on the whole thing, buy American rights of one of those shows, repackage it for the US market.  We can get Delta Burke or someone famous from the 80s to host.”

“Fair enough.  Keep sending me ideas on the twitters, we’ll get to work together some time.  And let me know when you finish a sequel to Rumored to Exist so we can do a movie version.  I’m still pissed you let Gus Van Sant take the movie rights for that.”

“Maybe.  I’ve got to dash.  I’m flying to California today to meet with Howard Warshaw,” he said.  “If this ET thing works out, there’s talk we will be able to do a Yar’s Revenge movie.”

Anyway, I am back in town, and watching two crazy Russian dudes install a set of Armorstruxx composite armor blast doors over the front of my office.  But that story’s gotta wait for another time, because I must finish eating this Taco Supreme, then I must return to Real Business.